When South Korea ’s hit television series The World of the Married wrapped up in May, it should have been an unqualified success.

The drama, which follows a couple’s journey through betrayal, revenge, grief and healing, broke cable television records with its final episode reaching 28.4 per cent of the country’s households.

Yet, at what should have been a celebratory press conference to mark the conclusion of the series, much of the discussion centred on what appeared to be a blemish on its record.

One of the show’s stars, Han So-hee – who plays a spoilt dancer-turned-Pilates instructor who has an affair with a married man in the show – was forced to answer questions about a real-life issue that has struck some South Koreans as just as scandalous as her on-screen love affair. Photos showing her younger self with tattooed arms.

The public’s response to the photos left little doubt that, despite young South Koreans embracing body art in ever larger numbers, tattoos remain very much taboo among large sections of the public. 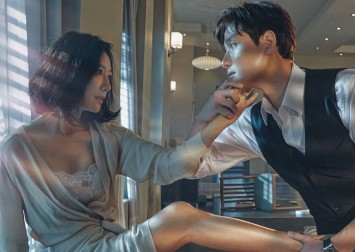 “This is shocking”, “How can she live with herself”, “She’s pretty but if she were my spouse, I wouldn’t be able to live with her”, were some of the comments online regarding the photos, which are thought to have been taken four years ago and include one of Han smoking a cigarette.

At the press conference, the rookie actress, 25, gave a composed response to the controversy. “I am the same Han So-hee, back then and now,” she said, adding that she didn’t feel she had done “anything wrong” and her thoughts had “not changed much from then”.

While deep down inside Han might not have changed, her arms are noticeably now ink free – she had the tattoos removed before embarking on her acting career in what appears to have been a tacit recognition of how divisive they can be for the viewing public.

Korean television shows are restricted from showing tattoos on air, so most actors who want one will choose a place on their body that is not usually visible. When celebrities who do have visible tattoos appear on air, mainstream broadcasting stations cover them with band aids on their necks and arms or blur them on-screen when that is not possible.

Tattoos also occupy a legal grey area. The Supreme Court in 1992 ruled that tattoos were “medical procedures”, effectively criminalising the majority of parlours that operate without a medical licence – despite the growing popularity of tattoos among the younger generation.

Every year, scores of crackdowns on tattoo parlours are carried out by the authorities, but there are still an estimated 20,000 tattooists in the country who practise their craft without the right credentials. They go by stage names and promote their businesses on social media, according to the Korea Tattoo Association, which strives to legalise their work and estimates that about 1 million of South Korea’s 51 million people now have tattoos, legal or otherwise. The tattoo market in the country is thought to be worth about 200 billion won (US$164 million) a year. 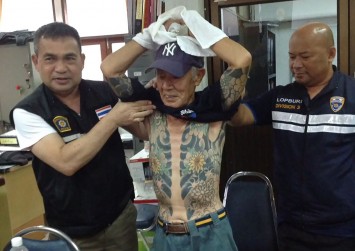 As with the Yakuza in Japan, tattoos have in the past been symbols of gang affiliation in South Korea.

“If you just watch Korean movies, you can see that gangsters and criminals are the ones with tattoos,” said Song Kang-seob, director of the Korea Tattoo Association.

“But perspectives have been changing, which can be seen by how we use the English word ‘tattoo’ nowadays instead of the traditional Sino-Korean word moonshin which carries more of the taboo.”

Song traces the change in attitudes back to 2002, when the country hosted the World Cup. For a whole summer, images of celebrity soccer stars who proudly sport their inked skin like England midfielder David Beckham were beamed into the living rooms of millions of Korean families. A year later, South Korean soccer hero Ahn Jung-hwan surprised fans with a flash of his own tattoo on his shoulder during a highly watched goal celebration in a significant match against rivals Japan.

HIDING IN THE WORKPLACE

It is not only celebrities who attract negative attention in the workplace for body art. Many younger office workers say they too have either faced discrimination for their tattoos or gone to great lengths to make sure they are never discovered.

“I started to wear long sleeves to cover up my tattoos after being judged at work,” said Lee Eun-bi, 28, who works at an elderly centre in Suwon, a city south of Seoul. “Since I work with elders and co-workers who are much older than me, many people at work touch my tattoo in curiosity and even playfully scold me for getting inked.”

She finds the attention “quite unpleasant” and has decided to only get tattoos in places that aren’t visible. She is aware that other employers might find her body art more objectionable.

“I think it depends largely on the age group of the people I work with,” said Lee. A start-up she had worked for in the past hadn’t objected to her tattoo, but she used to cover up when she worked at a cafe which had a policy of not hiring people with visible tattoos.

Ryu Jin-ah, 29, is a teacher at a junior school in Paju, a city north of Seoul. She said she has never seen a fellow teacher with a tattoo.

“I think a tattoo would affect the chances of being hired here,” she said. “As a public servant, you can’t take part in actions that infringe on the dignity of a teacher.”

New recruits into the police force are known to be at a career disadvantage if they are found to have tattoos, while Korean men who have lots of inked skin are sometimes exempted from mandatory military service – depending on the extent of their body art.

THE TIMES, THEY ARE A-CHANGIN’?

Celebrities such as K-pop star G-dragon and Korean hip-hop artist Jay Park, who both sport inked skin, have helped boost the appeal of getting a tattoo for many young Koreans. Nowadays, it is seen as acceptable for famous faces to talk about their tattoos on television, while a quick visit to Seoul’s youth-oriented neighbourhoods of Hongdae and Itaewon would show the popularity of tattoos among Koreans in their 20s and 30s.

And for some workers in ‘younger’ or more fashion-conscious industries, tattoos can be a help rather than a hindrance.

“Some of my young customers even prefer having a stylist with good ink,” said Yang Sang-jun, 29, a hairdresser in Seoul.

He began working in salons 10 years ago and has never had an employer take issue with his body art. However, older customers are sometimes bothered by his tattoos, which cover one side of his arm.

“When I wear short sleeves during the summer, I can sense customers giving me looks after spotting my tattoos,” he admitted.

International firms are also likely to be more accepting of body art.

Kim Yu-kyoung, 30, who works for a Seoul-based company focused on business overseas, said the “times are changing”.

“My co-workers were quite surprised by my tattoo at first, but they’ve changed their perspectives after getting used to seeing me with a tattoo and bleached hair for some time,” said Kim.

“I try to cover up my tattoo when I’m going into a formal meeting, but I’m actually caught off guard with how much people don’t care about things like tattoos these days.”

And even for celebrities like Han, there are signs a new generation is becoming more accustomed to body art. Among the fans backing the star on social media were many who questioned why an adult getting a tattoo and smoking was controversial.

One dismissed talk over her appearance altogether, saying “her mind is so cool”.