Why talking to your dog is good for mental wellness

Children play with therapy dogs at a rehabilitation center in Shanghai.

There seems to be barely a soul anywhere－man, woman, boy or girl－who does not have a soft spot for cats or dogs.

Start going through your list of contacts on the social media app WeChat and it's almost guaranteed that within seconds you'll be regaled with photos of one pet or another.

Even many of those unwilling to commit to animal parenthood are apt to be captivated, and even tempted to buy, on seeing puppies, kittens or some other ball of fluff in a pet shop window. Or at the very least to let the oohs and aahs flow freely at the sight of their friend's WeChat animal photos.

When, Zhang Wei, 30, of Beijing returns to his apartment on these baking days of summer, it is not just the air conditioning that offers him solace but also the loving attention of the friendly flatmate he gained recently, a six-month-old kitten named Zoala.

Of course this four-footed life partner is now there to meet its owner as he gets home each night after a hard day's work, but when people start saying that such animals are tantamount to therapists, are they having a lend of us? Well, no. 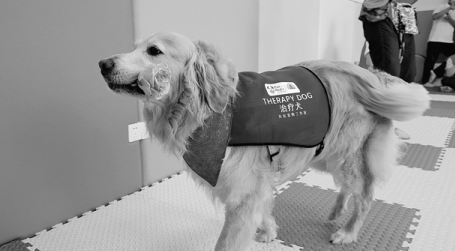 In the field of psychological counselling and treatment, intervention methods with clear treatment goals with the help of animals are called animal-assisted therapy and have a pedigree stretching back nearly 60 years.

In 1961 Dr Boris Levinson, a psychoanalyst and clinical psychologist who practised and taught in New York, presented to the annual convention of the American Psychological Association a discovery relating to animals that he had made in the course of his clinical work.

During one treatment, Levinson encountered a child with severe expression and communication problems. By chance, the child shared a few minutes of solitude with Levinson's dog Jingles.

When Levinson returned to the room, he was pleasantly surprised to find that the child who had been so taciturn was "talking" to Jingles.

In a follow-up study, Levinson found that this kind of situation was not isolated, the presence of dogs also helping other children who were silent and had difficulty expressing themselves during treatment.

Levinson thus became the father of pet therapy, and his felicitous discovery contributed to the development of animal-assisted therapy as we know it today.

Animal-assisted therapy has since attracted the attention of many pet lovers, therapists and researchers in the West. In fact it has been suggested that the use of animals in treating humans goes back much earlier.

Sigmund Freud, the founder of psychoanalysis, once had a chow chow named Jofi that was said to be with Freud when he treated patients.

Freud said that at first he felt it was only he whom Jofi would make feel at ease, but he later discovered that the dog had the same effect on visitors, particularly younger ones. 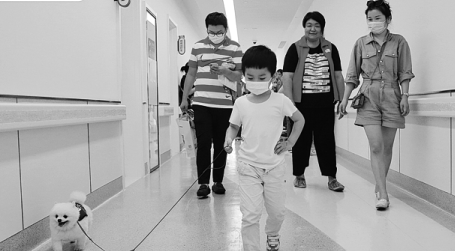 Wu Qi, founder of Paw For Heal in Shanghai, says keeping pets can also give people, especially children, a more personal experience of the "meaning of life".

"From accepting these little friends who suddenly appear in life, to learning to share and help, to accumulating a certain amount of hands-on ability, and finally to learning to accept the passing of life, this is of great help to children's growth and understanding of life."

Wu compares raising pets to the concept of life education. This is not only of educational significance, he says, but provides important learning content for us as human beings in social life.

"There is a more important thing, which is to let people learn how to dedicate, contribute their own strength, and reflect their own value."

However, for the thousands of people willing to believe in the power of animal therapy there is a legion of skeptics who pooh-pooh the idea.

Cui Jianlian, a professor at the Veterinarian Teaching Hospital of China Agricultural University in Beijing, says that "even though a lot of research confirms the benefit of animal-assisted therapy, theories to support and explain the reasons are sparse".

Deep skepticism has made Wu's effort to persuade people otherwise a very tough sell. His job is not made any easier in a society where pets are widely prohibited from entering premises.

"This is one of the biggest pains for many pet owners," Wu says. "You can't even find a proper place to do socialized environmental adaptation pet training.

"There are many places you're not allowed to go into, such as supermarkets, shopping malls and parks. So how are you supposed to adapt to different situations by, for example, taking them into crowded places?" 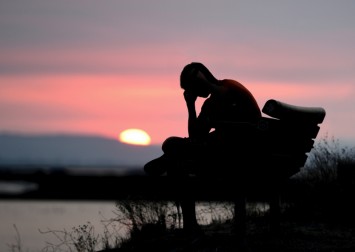 Wu says that in his battle to change hearts and minds over the past eight years, things have slowly begun to change. CapitaLand, a shopping mall in the Minhang district of Shanghai, recently invited Wu to present his therapy dogs there, about the time of International Children's Day.

On the day of the event a variety of interactive activities allowed children to experience a different kind of fun with the dogs. With such tiny steps, Wu says, he is optimistic about shopping malls in the city becoming more friendly to pets.

Events like the Shanghai one help raise public awareness about the need to protect animals and of how important they are in the social fabric, Wu says, and mean a lot to those like him working to protect animals.

"We have dogs that help the disadvantaged, and we devote our time and energy to them, and we hope that in turn more people will start to care about the rights of these animals. It's a process in which everyone is rewarded."

Lu Yu, of Shanghai, who loves small animals, had been looking for various channels to do voluntary activities such as animal rescue. It eventually dawned on her that no matter how much effort she poured into the task, only committed animal lovers seemed to be receptive to the message, she says.

One day she met Wu at a pet show promoting his charity therapy dog project and realised that those who help any small animal around them also help others realise the value of such animals.

Wu has also established a "time bank" programme to stimulate a reward mechanism for therapy dogs.

"This reward mechanism gives them the chance to have a free bath, health check, and an opportunity to enter the public space with volunteers. The working time of these dogs is limited, especially since their life span is very different to that of people, and we are collaborating with institutions so we can extend the life of pets."

Several weeks ago his team signed a collaborative agreement with the stem cell company Yinfeng Biotechnology and Southeast University in Nanjing to provide medical treatment and insurance for therapy dogs that have served a certain number of years and go into retirement.

Wu says one-third of the therapy dogs in his team are made up of former strays. They may have been abandoned and rejected by the world, but after thorough training they return to the fold, ready to help those in need.

From that point "their love only grows", he says.