Without much fanfare, Malaysia has rolled out a visa programme that may become the first fully fledged digital nomad and remote worker pass to be offered in Southeast Asia.

According to a Migration Policy Institute report, at least 25 countries around the world now offer visas tailored for remote workers, but Asia has been slow to respond to the trend.

Supported by the Malaysia Digital Economy Corporation (Mdec) – a government agency tasked with promoting the country’s digital economy – the De Rantau Programme will open to applicants on Oct 1.

It has the aim of “establishing Malaysia as the preferred digital nomad hub in Asean [Association of Southeast Asian Nations] while boosting digital adoption and promoting digital professional mobility and tourism across the country,” according to the programme’s website.

With a processing fee of 1,000 ringgit (S$308), the programme welcomes digital marketers and developers, content creators, and IT professionals from all over the world, providing a proper “digital nomad pass” valid for up to 12 months with which to breeze through immigration.

Applicants will require a minimum yearly income of US$24,000 and proof of an active three-month work contract with a foreign or Malaysian company. Multiple shorter contracts would count towards the minimum requirement.

Dependents such as spouses and children can be added to the application at a yearly cost of 500 ringgit per person. The pass will also be renewable for a further year.

“Several years back, Mdec introduced the Tech Entrepreneur programme, which was unique because it encouraged those who wanted to set up a tech business in Malaysia to come freely,” says Sam Choong, a Malaysian lawyer who advises on immigration issues.

Choong considers the new visa a breath of fresh air in contrast to the Malaysia My Second Home (MM2H) programme. Primarily aimed at foreign retirees, over the past year, MM2H has lost its lustre due to a sharp increase in its financial requirements. A meagre 267 new applications were made in that period.

“I am pleased that Mdec developed a new programme to attract a younger group from the tech world who may not necessarily want to start their own company in Malaysia and who may wish to stay for a shorter period as compared to the Tech Entrepreneur programme,” says Choong.

Local digital freelancers, independent contractors and freelance workers will be encouraged to join and help populate the hubs identified by the De Rantau programme.

Malaysia fiercest competition in attracting digital nomads comes from neighbouring Indonesia, where Bali has established itself as an international remote worker magnet. Canggu, on the island’s southwestern coast, maintained a sizeable population of foreign remote workers even during Covid-19-induced border closures.

Read Also
From Berlin to NYC: Singaporean digital nomad on travelling the world while working remotely 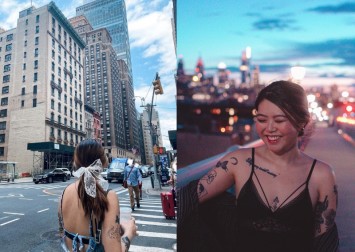 They arrived to enjoy Bali’s more relaxed social distancing protocols and stayed for the bars, co-working spaces, hostels and villas that were only too happy to support the island’s starved tourism industry by catering to their needs.

The steep increase in itinerant worldly professionals triggered a need for proper immigration regulations. Indonesia touted a five-year digital nomad visa but, thus far, the most concrete step towards such an arrangement was last week’s announcement that digital nomads may work online for up to six months, tax-free, using the existing Single Entry Visitor Visa (B211A).

That permit allows stays of between 60 and 180 days for the purposes of tourism, social visits, business, sport or transit. Those who want to stay longer often apply for the Kitas (Kartu Izin Tinggal Terbatas), an Indonesian long-term stay permit for foreign nationals.

“Kitas holders can stay up to two years, entering and exiting as they please, for about US$1,200,” says Giovanni Belcastro, an Italian who moved to Bali during the darkest days of the pandemic and stayed.

“Then there’s a much cheaper business visa, at around US$200, which is what most digital nomads in Bali have been using until now. It can be extended for up to six months without leaving the country.”