Zoe Von Hess started experiencing major changes to her mind and body about six years ago.

“I was always tired and would lose my temper and get upset over small things, which I never did before,” says the British-born, Hong Kong-based mother of three.

“I had insomnia, panic attacks and mood swings and my temperature was off. I also developed a supersensitive digestive system and was suddenly intolerant to coffee and alcohol … I thought I was going insane.”

Von Hess was experiencing the symptoms of menopause, the natural cessation of a woman’s menstrual cycle that marks the end of fertility.

Most women experience menopause by the age of 52. Von Hess was 42 at the time and later discovered her mother also started symptoms around the same age.

“Back then I had a vague idea about menopause but I was really not prepared,” says Von Hess, who was advised at a family planning clinic to go on the birth control pill. She refused.

Instead, she made lifestyle changes: she began to exercise more and drink less – giving up alcohol for two years – and started taking soy and vitamin B complex supplements.

She also established a Facebook support group to provide a platform for other women who wanted to share their experience of “the change”.

Hong Kong-based naturopathic doctor Min Ji-woon says that while every woman will go through menopause, not all will experience it the same way. Some will have an easier transition with only mild symptoms, while others will experience it more intensely.

“This phase can span anywhere from six to ten years. Given that menopause typically begins between the ages of 45 and 55, a woman can be exhibiting signs of perimenopause as early as in her late 30s.”

Menopause has long been a taboo subject, particularly in the workforce, says Fiona Nott, chief executive of The Women’s Foundation, a non-profit group dedicated to improving the lives of women and girls in Hong Kong.

Nott says the culture of shame around this normal life stage means women don’t get the help they need or feel able to talk about their experiences.

“Fear of being stereotyped, ridiculed or harassed – coupled with the worry that managers will assume they are not performing as well as expected, or deny them upcoming opportunities – all contribute to women not talking about menopause,” Nott says.

As a musician and English teacher, Von Hess says she was able to be more flexible with her working schedule. Many women are not so fortunate.

To draw attention to the issue, the European Menopause and Andropause Society (EMAS) has made Sept 7 this year the first World Menopause and Work Day, and is appealing to organisations to consider menopause a crucial gender- and age-equality issue.

There were 657 million women between the ages of 45 and 59 worldwide in 2020, with 47 per cent part of the workforce, but menopausal health does not rank high on the corporate policy agenda, EMAS says. 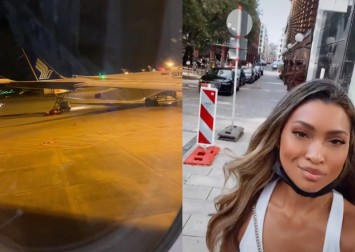 Worryingly, it says there is “increasing evidence that women with severe menopause symptoms have a higher chance of becoming unemployed or reducing their working hours, raising concerns regarding the effects on immediate income for women and the ability to reach retirement with sufficient pension contributions and savings for an adequate income and security in later life”.

Nott agrees that some workplaces are not accommodating to the natural life experience and needs of women during this time.

“This should be of particular concern to employers because the general age range for experiencing menopausal symptoms – the 40s and 50s – coincides with women stepping into leadership roles.”

She cites a UK survey from 2016 that found one in four women considered dropping out of the workforce because of menopausal symptoms.

“With their departure is an immense loss of talent and experience at a time when female representation and leadership is sorely needed – on company boards, as CEOs, on executive committees and overall workforce participation.”

Min believes the key to a smoother transition into menopause lies in acknowledging and listening to our body’s needs.

There are ways women can prepare themselves, she says, such as checking how well their thyroid is functioning, reducing stress levels and being curious about their menstrual cycle. 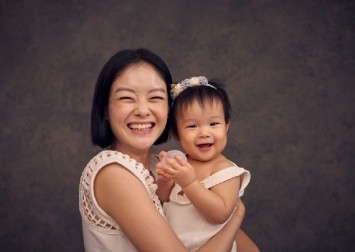 “If your period is off, irregular, too heavy or too painful, or if you’re too tired, have crazy PMS [premenstrual syndrome], sore breasts or terrible mood swings, consult a naturopathic doctor and investigate what’s behind all this,” she says.

“I believe in patient-empowered care. When you understand your body, you can transform your health. It can be the food you’re eating every day. It may be related to low iron. The constant bloating you experience every day [may be due to] not enough progesterone, too much oestrogen, poor detoxification or all of the above.”

Nott says employers can help ease the transition for female workers by challenging the stigma associated with the menopause. Talking openly about it and raising awareness with friends, partners, colleagues and employers is a good start, she adds.

“There are resources available for managers to support employees and make small changes that help organisations navigate this issue and retain female talent,” Nott says.

“Let’s shift the shame and stigma and break this long-held taboo that discriminates against mid-age women, enabling and empowering this undervalued group to fully thrive in our workplaces and contribute to our society.”