You saw the protest, now buy the $400 Hong Kong T-shirt

A model presents a creation for fashion house Dsquared2 during the presentation of its woman's and men's spring/summer 2020 fashion collection in Milan on June 16, 2019.

On June 16, an estimated two million people took to the streets of Hong Kong to call for the resignation of the city's chief executive, Carrie Lam Cheng Yuet-ngor, over proposed law changes that would allow extradition to China and her government's handling of earlier protests about the issue.

While this was unfolding, a continent away in Milan, Canadian twin fashion designers Dean and Dan Caten, founders of fashion label DSquared2, launched their spring/summer 2020 collection as part of men's fashion week in the Italian city. By coincidence, this included a homage to Hong Kong and one of its most famous sons, legendary martial artist and actor Bruce Lee.

DSquared2 T-shirts for men and women were printed with Bruce Lee movie posters and the designers themselves took their post-show bow on Sunday clad in T-shirts emblazoned with a quote from one of Lee's films: "Don't think, feel."

The range was a (mostly) tasteful mishmash of East-meets-West influences referencing Hong Kong and East Asia, from cliches such as tiger prints to Asian floral motifs on silk shirts and dresses. 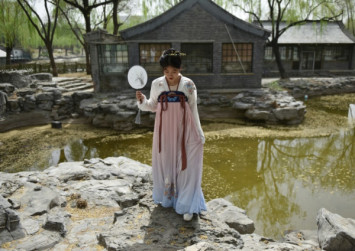 DSquared2 is far from the first fashion brand to be inspired by Asia, but the timing of this collection's launch, which was a pure coincidence, felt a bit off.

Based on the prices of similar DSquared2 items currently available for purchase, those Bruce Lee-printed T-shirts are likely to set you back at least HK$2,500 (S$436) when they hit stores next year, which is somewhat ironic given that you can get similar items at street markets in Hong Kong, and all over the internet, for a less than a tenth of the price.