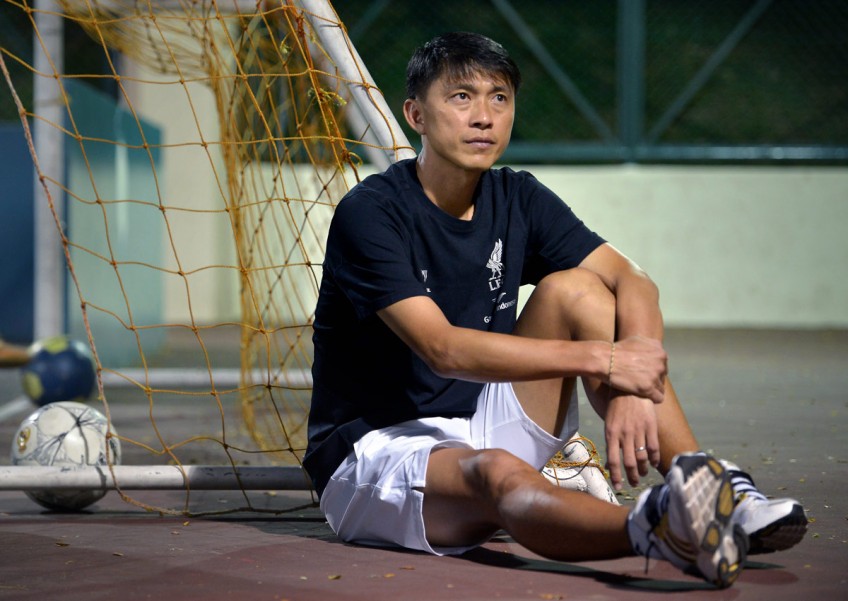 He was part of the famed Singapore side that won the Malaysian League and Malaysia Cup double in 1994 and, since then, has moved from the dressing room to the backroom and then further up to the boardroom.

Now Lim Tong Hai will contest at the Football Association of Singapore (FAS) election as a council member in the camp of FAS provisional council president Lim Kia Tong.

There are six other council member slots to be contested on an individual basis.

"Tong Hai brings with him a lot of maturity, a lot of experience not only having been on the managing side of football, but also from having played the game up to the international level," said the 64-year-old lawyer of the former Singapore international.

The two men are unrelated.

After hanging up his boots in 2003, the 47-year-old Tong Hai served in various backroom roles at S.League side Geylang International, even as coach of their senior team before moving to the Institute of Technical Education (ITE) as a sports and wellness senior lecturer.

In September 2013, Tong Hai was appointed to the FAS council under former president Zainudin Nordin, and is currently serving as chairman of the FAS' Referees' Committee.

While he acknowledged that he is backing Kia Tong, Tong Hai declined to comment on the situation.

But Kia Tong believes the former Lion will be an asset to the team with his experience and knowledge.

"He's been in the council for a few years now, not too long," said Kia Tong

"I've worked with him for a number of years and I must say that his expression and articulation of ideas have always been measured and balanced.

"He will definitely be an asset to the team."

"He is also the referees' chairman and has shown that he can see things from the playing angle as well as that from the view of a match official," added Kia Tong.

"Now that he's in the management of football, he has a healthy level of experience and knowledge that will help us - the new team - realise the vision that we have for football here."

Kia Tong has yet to reveal his team's manifesto to take the sport forward, but governance and administrative experience are two factors that are expected to be key pillars of Lim's push for presidency.

Tong Hai is the first former Singapore international to put his hand up to run at the FAS' first democratic election of its leadership.

He has also captained the Lions in the past.

Teams looking to contest the election must submit official forms confirming their candidature by 6pm tomorrow.

The FAS congress will be held on April 29 at the Singapore Sports Hub's Sport Singapore Auditorium, where the FAS' 44 affiliates will cast their votes to decide the leadership of the National Sports Association for the next four years.