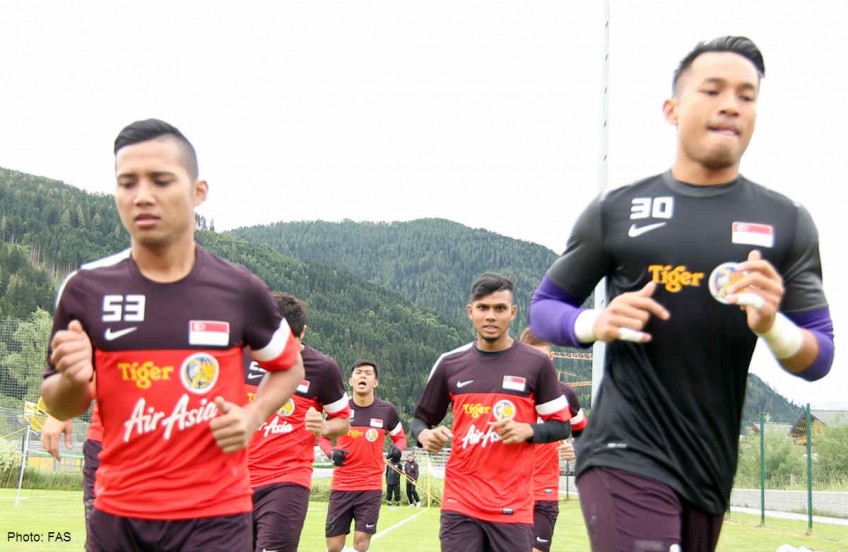 THEY have a lofty aim of reaching the Malaysia Cup final for the first time since 1994 but, after a poor Malaysian Super League (MSL) season, doubts have appeared.

However, LionsXII captain Isa Halim believes they can still lift the trophy in the final on Nov 8.

The Singapore outfit are drawn in Group A, alongside holders Pahang and second-tiered Malaysian Premier League teams Felda United and Johor Darul Takzim II (JDT II), skippered by current Singapore captain Shahril Ishak. The first round of fixtures will kick off on Aug 13.

The detailed schedule will be released at a later date.

Isa, who attended the draw at Bukit Jalil yesterday, said: "Even without the MSL powerhouses, our group is still no walk in the park but we have a squad capable of winning the Cup, let alone reaching the final.

"What we have to do now is to rectify the problems we had over the last MSL campaign and show our true worth."

LionsXII assistant coach Nazri Nasir, who also attended the draw, said: "The players are hungry to prove a point and I hope our fans will pack the stands at Jalan Besar Stadium to give us the extra push."

The LionsXII endured a disappointing MSL campaign where they were expected to retain their title but instead finished a lowly eighth in the 12-team league after winning just eight times and losing 10 in 22 games.

In the Malaysia Cup, they have endured heartbreak in the previous two seasons at the hands of the same opponents - losing in the quarter-finals last year and in the semi-finals in 2012 to Malaysian military team ATM.

Isa acknowledged that it will not be easy playing against Shahril, his room-mate for away games last year, but he will cast friendship aside once both teams step onto the pitch.

"The boys all know he's a good player and what he can do, so I'm sure we will give him a special 'welcome back' treatment," said Isa on the attacking midfielder who has scored four league goals for JDT II this season.

The hard-tackling midfielder has vowed to go 100 per cent to win the fans back.

"We need to play the tournament of our lives for the fans who have been supporting us and put the smile back on their faces," he said.

The first round of fixtures will kick off on Aug 13, with the final to be played on Nov 8.