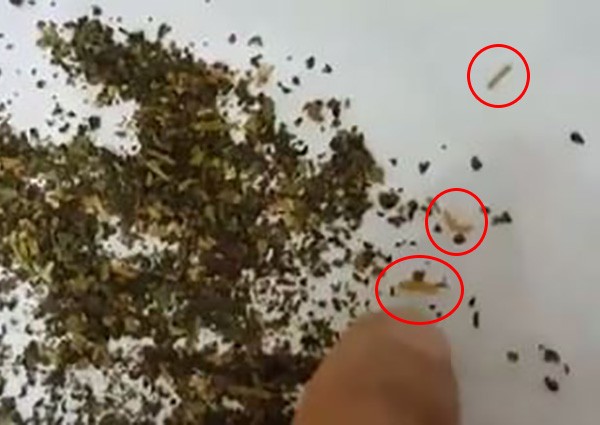 Tea company Lipton has refuted claims of "worms" in its tea bags, in response to a video that has been making the rounds on social media.

Facebook user Ismat Raza from Pakistan, in a video posted on Saturday (Feb 20), claimed she had found worms in "each and every one" of Lipton's lemon-flavoured green tea bags.

The video, which shows her picking out the "worms" from among the tea leaves, went viral with over 6.2 million views.

Responding to Ms Ismat's video with its own Facebook post on Tuesday (Feb 23), Lipton said that the "worms" are in fact small lemon-flavoured pieces.

To illustrate its point and allay fears, Lipton uploaded a video that showed the pieces dissolving in hot water.

"The tea is of the highest quality standard and is absolutely safe to consume," it added.

Many also could not agree on whether the "worms" in Ms Ismat's video had actually moved.

But as user Gail Marie put it: "Not for nothing, even if there WERE worms in the tea, so what? They'd be boiled to death as soon as the bag hit the water.

"For all you organic folks out there - free protein!"

This article was first published on February 24, 2016.
Get a copy of The Straits Times or go to straitstimes.com for more stories.