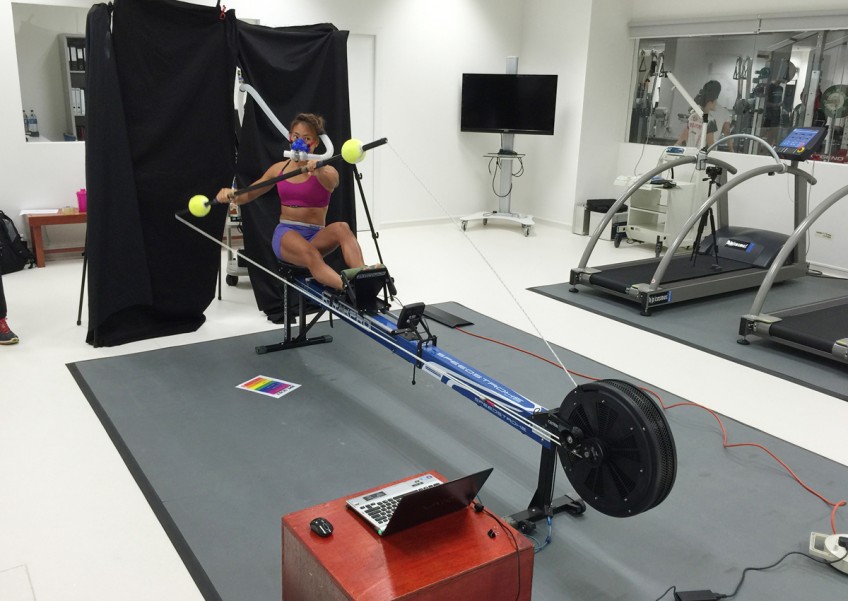 They slog it out up to four times a day at the Kallang Water Sports Centre, but it's the "work" done - while putting their feet up - a stone's throw away at the Singapore Sports Institute (SSI) headquarters that will come to the fore at the Asian Canoe Sprint Championships in Palembang, Indonesia, from Nov 4 to 7.

Since Oct 7, the Republic's kayakers have been living in the SSI's altitude house - a 100 square-metre dormitory-like facility with compressors configured to mimic the atmosphere of an elevated altitude of some 2,500m, where the air is "thinner" at 15.6 per cent oxygen, compared to 20.9 per cent at ground level.

The four-bedroom house - including a living area, pantry and bathrooms - can house up to 16 athletes.

The 10 to 12 hours the kayakers are encouraged to spend in the house daily, is part of Dr Frankie Tan's philosophy of "live high, train low" - athletes living in an environment of reduced oxygen while training closer to ground level, designed to improve one's ability to "carry oxygen, allowing the muscles to do more work".

"For every 100 hours (spent in the house), there is on average, a one per cent increase in haemoglobin mass. How much that translates into performance, is hard to tell," said Tan, head of the SSI's Sports Science Centre.

"It could be 0.5 per cent but, at the elite level, that could be the difference between qualifying and not."

The kayakers will stay in the facility till they depart for Palembang on Nov 1.

Effects of living at high altitude are likely to last for around three weeks, depending on individuals, after they leave the environment.

Several top Asian countries aim to use the Palembang meet to qualify for the Olympics and the local kayakers are working hard to get ready for some tough competition.

Suzanne Seah believes that staying in the altitude house - located within Sport Singapore offices (SportSG) at the Singapore Sports Hub - may already have had some effect.

"Training has been good. Maybe it's working, maybe it's a placebo, but it seems much easier to hold top speed for a longer period of time, especially during the longer sets that we do," said Seah, who partnered Stephenie Chen to win gold in the K2 500m event at the South- east Asia Games here in June.

"Communal living has its challenges, but (living in the altitude house) is no harm to us. Although some of my teammates said they had difficulty sleeping, it's been pretty good for me."

While Seah and her teammates have been training at ground level in their kayaks, Tan asserts that the most effective training would be at an altitude of 1,000m and, soon, the SSI will have that capability.

He revealed that an environmental chamber, located right next to the altitude house, is in its final stages and, when operational, it will also include the function to control temperature, humidity and wind.

The chamber can house various machines to allow athletes from various sports to train there.

"This (altitude house) can draw in top foreign athletes, in fact, six German swimmers have already blocked out dates to come and use it next year," said Tan, who also revealed that national cyclist Dinah Chan will be utilising the facility in December.

"I don't know any South-east Asian country that has a live-in facility and having a living and training facility side by side is even more rare," he added.

"This will help us save cost in travelling to altitude training centres around the world and athletes won't have to spend so much time away from school and their families."

This article was first published on October 22, 2015.
Get The New Paper for more stories.