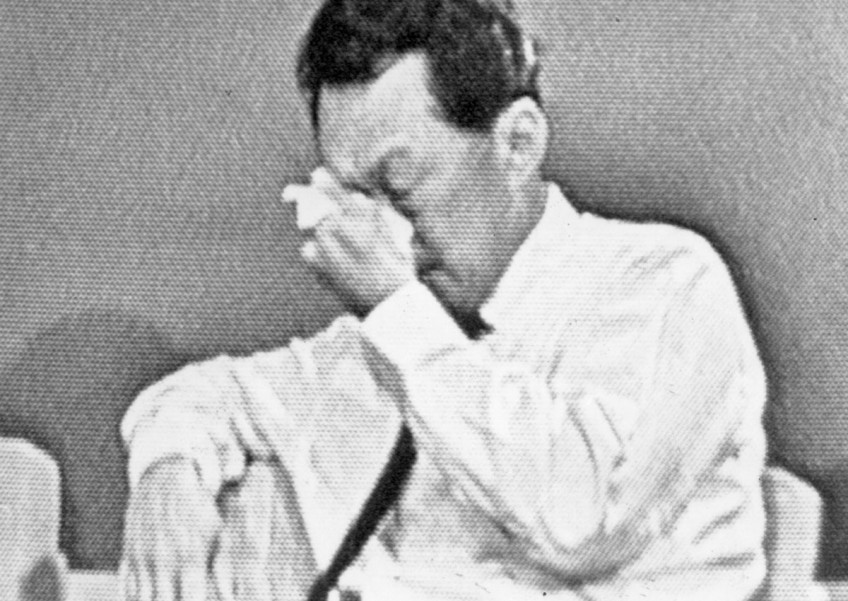 When separation cleaved Singapore from Malaysia in 1965, founding prime minister Lee Kuan Yew was the face of Singapore's anguish.

In a scene immortalised in black and white, Mr Lee broke down at a press conference as he discussed the end of the short-lived merger - a union he had wholeheartedly believed in.

That moment of anguish has been set to music and captured in the first movement of local composer Zechariah Goh Toh Chai's LKY - Legacy, an homage to Singapore's founding prime minister.

The 20-minute piece is one of five works that will be featured in the Philharmonic Winds' Singapore Compose! concert tonight.

Dr Goh's composition, which will close the wind ensemble's concert, offers his take on Mr Lee's life in three movements.

The first depicts the pain of separation and uncertainty of independence; the second is dedicated to Mr Lee's love for his wife Kwa Geok Choo, who died in 2010 at the age of 89; and the last movement is a tribute to his legacy.

Capturing the essence of Mr Lee in a musical composition without words was a challenging feat, says Dr Goh.

He started work on the piece in January this year before Mr Lee's death on March 23.

Dr Goh, 45, explains: "It was about using my own interpretation of music to represent elements of Mr Lee and his life.

"My composition is not about mimicking the man, but capturing the spiritual aspect of him, his aura, his emotions."

For the senior lecturer of composition at the Nanyang Academy of Fine Arts, it was an exercise in storytelling.

Meticulous attention to melody and dialogues between instruments helped convey the story, he explains.

He adds with a chuckle: "Sorry if this seems too philosophical. Music is hard. You can't see Mr Lee in tangible form so the approach has to come from symbolic aspects."

In the first movement, Herald, for instance, Dr Goh gave the trumpet a musical phrase that would show the "conviction and courage" of the country's leaders and its people.

A second trumpet would echo the call off-stage, before the third and final call by the entire trumpet section.

"Despite all the sadness and uncertainty, at the end, it's about one united people, with a shared vision for Singapore," says Dr Goh.

And the tune in the second movement Romanza - inspired by Mr Lee's eulogy to his wife in 2010 - is carried at some points by a trumpet, representing Mr Lee, and the soprano saxophone for Mrs Lee.

The composition ends with the movement Monumentum.

The title came partly from a Latin phrase Prime Minister Lee Hsien Loong had used in his eulogy to his father, which means, "if you seek his monument, look around you".

The movement starts off solemnly, but becomes more vibrant and robust - mirroring how Singapore can look to the future with optimism, thanks to the work of its founding fathers.

"What I'm trying to capture with all three movements hopefully translates into something applicable to everybody: the sorrow of parting, love and romance, and the legacies we hope to leave behind," says Dr Goh. "I hope the audience can also reflect on the various aspects of their lives through this composition," he adds.

Writing the first movement was catharsis for Dr Goh, who himself was dealing with loss. His father died in January this year.

A video by visual director Andrew Thomas, who is based in Japan, will play in the background.

Mr Stromberg says: "The opportunity to work with a wind ensemble rarely comes my way. It's great to see the Philharmonic Winds' openness to new sounds."

The free concert is supported by the SG50 Celebration Fund, which was set up to support programmes commemorating Singapore's Golden Jubilee.

"It's a meaningful concert where we give our very own local musical talents a platform to shine," says Dr Tan.