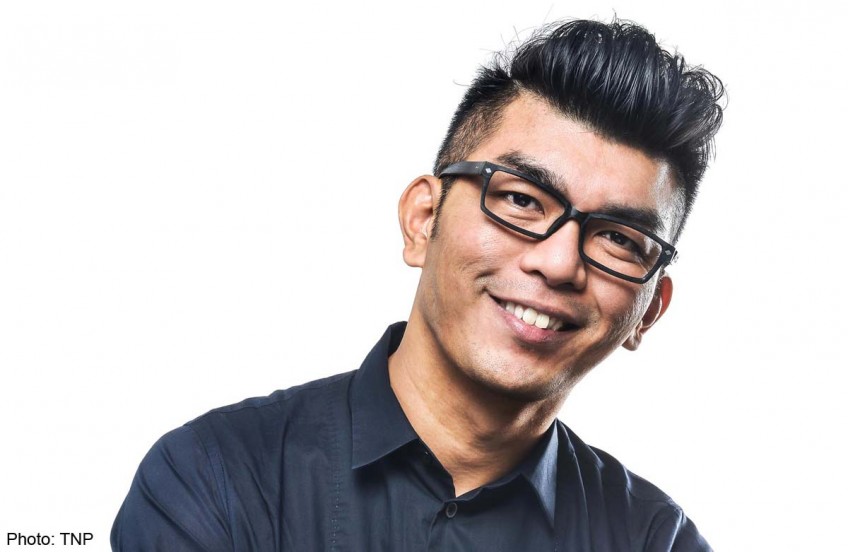 He may be Singapore's most famous young film-maker, but you may have seen Royston Tan in another role - serving chicken rice.

"My parents used to run a chicken rice stall in Bendemeer," he told M.

"In my twenties, whenever they were short of helpers, I'd help serve food at lunchtime. I'd help out between 11am and 1pm, then go off and shoot my films afterwards."

He added: "I believe that remembering all the customers and their orders is really an art. And even very simple things like scooping the rice onto the plate with a bowl, and to do it well, requires a lot of practise."

The 38-year-old director has come a long way since.

In 2000, Tan received critical acclaim for his first short film 15, a ground-breaking story on teen gangs. Since then, he has continued to win audiences - and awards - with subsequent feature films like 881 and 12 Lotus, as well as numerous shorts.

The final instalment of a trilogy commissioned by SG50's Singapore Memory Project (after 2010's Old Places and 2012's Old Romances), it tells the stories behind traditional Singapore fare and the people who pioneered them.

Old Friends, which headlines Singapore Memory Project's first film festival Rewind/Remind on May 24, is a fitting tribute to our national obsession with food.

"From our experiences with Old Places and Old Romances, whenever we featured food segments, even if they were just a few stalls, people got very excited about it," said Tan. "So we decided to give the audiences what they wanted - a glimpse into Singapore's unique hawker culture."

To tackle the tricky subject of which dishes to feature, Tan's team conducted extensive research. The final dishes were chosen through phone interviews, as well as recommendations from the general public and even local food bloggers.

"We spent a long time trying to convince the hawkers to let us shoot," said Tan. "Some of the places we featured in Old Friends have never allowed people to shoot them before. We had to tell them how important it is that we shoot footage of their places for our archives, and preserve all these memories for future generations."

"I'd eaten ang ku kueh (glutinous rice flour cakes), but had never seen the whole process of how ang ku kueh was made. That was quite interesting. I also like the putu piring (steamed rice flour cakes) scene, which we shot at a stall on Haig Road. It's one of the rare places that still makes this dish by hand, which really intrigues me."

In his own time, Tan patronises Ah Xiao Teochew Braised Duck at the Army Market in Beach Road, citing the dish as his favourite local food.

"And I still like to eat in Geylang, because it still retains its charm though it's changing very quickly," he said. "I just like the authentic feel Geylang has."

Tan, who started his career as the poster child for alternative Singapore films which included Hokkien swear words and violence, has become one of the custodians of our national memories. And with government-sponsored film projects, no less.

Yet, Tan feels he has stayed true to his original vision.

"Over the years, I've always aimed to do the same thing with my films: Speaking for the people who are marginalised... people who deserve a voice.

"I think the Government has seen what I'm trying to do over the years, and they are supportive. For the last few years, the commissioning offers for my films have been steadily coming in."

He added: "I want to give a voice to people from all walks of life, and not just those with a particular image."

And that, it seems, is more satisfying than any plate of braised duck or chicken rice.

TICKETS: Register for free at www.nlb.gov.sg