Look at resale condos as value is emerging 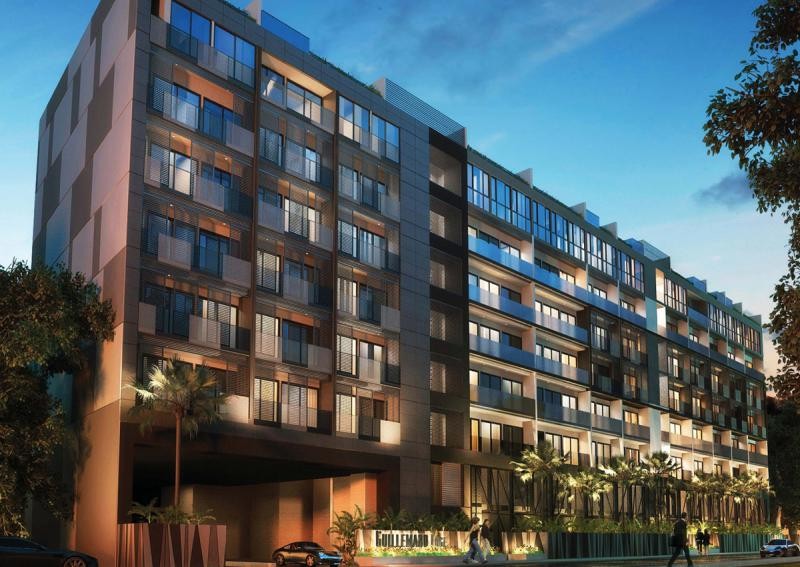 Going to a showflat is quite an experience. Having been to some of them over the course of my job as a property reporter, I have accordingly lusted over condominiums islandwide - from Bartley to Yishun, Farrer Road to Marine Parade.

Most recently, I marvelled at the modern black and grey tones and clean lines of an Orchard showflat.

I fantasised for a moment a trendy existence that I know would never be my reality anyway, going by the one year I rented a place of my own during my university days - I had devolved into a batty lady who had a cat to keep the mice away. (Nothing against animal lovers as I am one.)

But while it is clear to me once I check my bank account that it will be some years before I can afford any of these properties, it is also possible that I have been barking up the wrong tree in search of my first home.

This is because, as prices weaken, it is clear that value is emerging in the resale market.

While official estimates show that prices are down 9.1 per cent from their last peak in the third quarter of 2013, the price drop so far mainly seems to be for resale homes.

The NUS Singapore Residential Price Index, which measures prices of completed private apartments, is down about 11 per cent from July 2013, for instance. This makes sense as individual property owners have weaker holding power than developers, although some developers have been trimming prices slightly.

Depending on how desperate I am to move out of my family home then, I could start with a shoebox unit, as some are available for less than $700,000. Examples of such listings are units at Guillemard Edge, The Interweave in Balestier and Viva Vista in South Buona Vista.

Should I wish for more family (or animal) friendly space, and I am able to bump up the budget to about $1 million, there are two-bedders available in Changi Court and The Bayshore, according to listings.

But, in general, a price disparity between new and slightly older properties has been growing, even if they are of the same tenure - that is, freehold.

The price difference has risen from about 20 per cent in the past to 25 to 35 per cent, according to a study by R'ST Research. It found the gap tends to be on the lower end of this spectrum in the suburbs and higher in the central areas.

Take Hillview Avenue, for example, where average prices at Glendale Park are about $969 per sq ft (psf). The last transaction done in February was $1.3 million for a three-bedroom unit - not too far from the realms of my aspirations. It is freehold and completed in 2000.

In comparison, in the nearby Hillview Rise, The Hillier has been selling at an average of $1,230 psf, while Kingsford Hillview Peak is selling at about $1,288 psf. Both projects are uncompleted and 99-year leasehold.

And over in the Balmoral area - a place close to my heart as I grew up nearby - Belmond Green, completed in 2004, has been trading at an average price of about $1,560 psf.

Compare this with the smaller Goodwood Grand, which is uncompleted and selling at about $2,460 psf.

On a quantum basis, the prices of some units at Belmond Green are not too far from my aspirations too. A two-bedder went for $1.6 million in February.

This price difference comes from many factors. Firstly, historical prices were lower. Secondly, apart from the premium of how nice and new the property is, and the possibility of better facilities, there is also the higher land cost the developer paid.

That said, older properties come with their own set of issues. There is the time and cost involved in renovating the property, and there are probably far fewer choices regarding the unit floor and orientation.

"Looking at the resale market today, there may not be many resale properties in certain locations. Vendors could be happy with where they stay; or if they sell, they feel they may not be able to upgrade to a newer property," says Mr Lee Liat Yeang, Rodyk & Davidson real estate partner.

At the same time though, there are people selling, especially investors who may have been renting out their unit, but their tenant could have left for newer properties.

These investors may not be losing money, but are simply letting the properties go at today's market price.

For potential buyers, there is value, given how rules on strata area have changed over time, says Mr Tan Keng Chiam, JLL head of valuation advisory services.

"Over time, features like bay windows and air-conditioner ledges have been included in strata area.

You get the real strata area at older developments and these are more value for money," he points out.

Older condos may also be bought for their redevelopment potential.

Still, it is down to a buyer's taste as designs have changed over time as well.

But while there are value buys, eager beavers such as myself should probably balance aspiration with caution.

For would-be investors, risks are that rents have been sliding more quickly than prices recently, with weaker leasing demand seen even for newly completed condos.

For the older condos, landlords typically cannot command the same rent as before and must often lower prices by at least 10 to 20 per cent.

Economic outlook is increasingly gloomy and, as a savvier editor told me recently, people forget that when you are leveraged, the greatest risk is losing your job.

In the unlikely event that I come by enough money, I will definitely think long and hard, and carefully weigh considerations such as if my job is secure (gulp) and if I have the spare cash to service the loan for 12 to 24 months, before taking the plunge.

But property is a long-term play, and I am confident that an investment in property will pay off eventually.