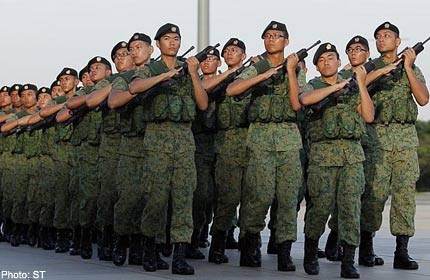 Defence Minister Ng Eng Hen revealed in Parliament last week that over the past five years, about 7,200 second-generation permanent residents (PRs) who were liable for national service fulfilled their obligations, while about 2,600 of such eligible PRs renounced their PR status, prior to serving NS ("PRs who fulfilled NS obligations"; last Tuesday).

In recent years, there has been much angst towards second-generation PRs who choose not to bear their national service responsibility after benefiting from our system.

These PRs who renounced their PR status prior to serving NS already planned never to come back to Singapore to study or work, since they are aware they "will face serious adverse consequences when they subsequently apply to study or work in Singapore", as stated by the Defence Ministry.

This shows that the current penalties are not severe enough to serve as a deterrent to these people, as we still see a number of such cases annually.

For male citizens above 16 1/2 years of age who have not enlisted for NS, their parents need to furnish a bond in the form of a banker's guarantee of $75,000, or 50 per cent of the combined annual gross income of both parents for the preceding year, if their son remains overseas for a period.