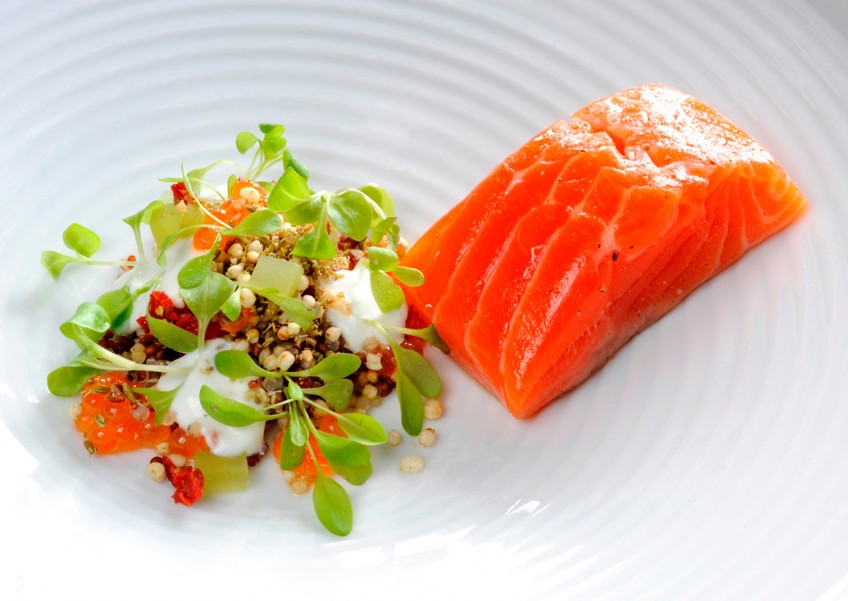 The World Wide Fund for Nature (WWF) estimates that the global supply of seafood will run out by 2048 if nothing is done about the overfishing in more than 87 per cent of the world's oceans.

That is why celebrity chef Peter Kuruvita, who has killed and cooked many sea creatures after his culinary career started over 30 years ago, now seeks to use mostly sustainable seafood at his own and other restaurants around the world he collaborates with.

Sustainable seafood refers to those that are caught or farmed in ways that maintain or increase the production of the species in the long term.

"Other than my two and a half years in London, every place I've worked in has been by the sea. As the years went by, I started to think about how do we get the same size fish every day for five years?" Kuruvita told SPH Razor in an interview when he was in town last month.

Singapore is one of Asia-Pacific's biggest seafood consumers according to the WWF, with about 100,000 tonnes consumed each year.

While more suppliers and food and beverage businesses here are turning to sustainable seafood, their higher price tags are deterring some others from making the switch, The Straits Times reported in July.

For serving responsibly caught seafood at several of their restaurants, Hilton Singapore and Grand Hyatt Singapore were earlier this year certified by the Marine Stewardship Council, an international non-profit organisation focused on addressing the problem of unsustainable fishing.

Another place here that serves sustainable seafood is The Kitchen Table, whom Kuruvita has been working with since November last year. He introduces new dishes - using ocean-friendly catch, of course - for the restaurant's Seafood From the Heart buffet once every several months.

Acknowledging that sustainable seafood are more expensive, Kuruvita strives to increase their appeal by making them more delicious.

"I try and cook beautiful food with sustainable species. So then, it's about the flavour," he said.

Perhaps living up to his word, some of the items on the new Seafood From the Heart menu sat really pretty at their respective buffet stations when SoShiok visited The Kitchen Table at the invitation of W Singapore - Sentosa Cove, where the restaurant is located.

The bright orange of the confit Petuna ocean trout, for instance, contrasted nicely with the puffed freekeh, pea mousse and cucumber beside it. The taste of the fish was equally lovely.

Other seafood dishes include kingfish sashimi with peach dressing and avruga, salad of octopus on toast with jamon crumbs, and Mexican chilli crab.

There are also stuffed squid with plantains and green gram and slipper lobster and ridged gourd curry at the Indian station. Chilli lovers can go for lovers rice, which carries a tinge of spiciness.

The menu is inspired by Kuruvita's Sri Lankan heritage.

The international culinary star, who's also an author and a television presenter, was born in Fulham, UK to a Sri Lankan father and an Austrian mother. He now lives in Noosa, Queensland where he owns Noosa Beach House Peter Kuruvita Restaurant & Bar. He also has three Flying Fish eateries, in Sydney and on Fiji's Denarau and Tokoriki islands. All four restaurants are located by the sea.

The Seafood From the Heart menu is available for $85++ per person from 6pm to 11.30pm on Fridays and weekends. For more information, go to www.wsingaporesentosacove.com.