1 killed, 4 injured by lightning strike in Selangor during a football game

PETALING JAYA - A group of people playing football were struck by lightning in the capital of Selangor state on Sunday (March 10), causing one death and injuring four others.

The incident in Shah Alam city occurred at Jalan Setia Murni in Setia Alam township in the evening.

The deceased and injured are all of Rohingya descent. 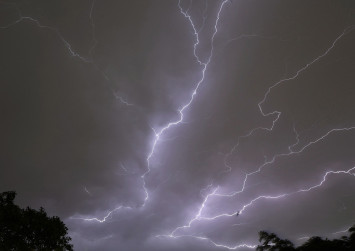 "As of now, there is one fatality. One of the players has been taken to the hospital and the other three suffered light injuries," he said.

Sources say that emergency services were dispatched to the scene at around 6pm.