Doing the needful: A Malaysian residing in New York holding a box of essential items donated by MAA.

KUALA LUMPUR - At least 10 Malaysians living in New York have died from Covid-19, according to the Malaysia Association of America (MAA).

Its president Kim Bong said two of them were committee members of the association.

"One was a restaurant owner, while the other was infected at the subway. This is a setback, " he said in a telephone interview.

Kim said among others who died were a Malaysian couple based in Brooklyn, one of the five boroughs of the Big Apple.

"We got a call informing us of their deaths last week, " he said, adding that so far he knew of about 30 Malaysians who were infected with the deadly virus in New York.

Kim, who runs a shipping and electronics business, said MAA helped by arranging funeral services for the Malaysians.

"The problem in New York is that very few people took precautions at the start of the pandemic, such as wearing face masks. This only came much later, " he said.

"Due to the pandemic, MAA members have not been able to meet in person. We have been holding meetings online, " he said. 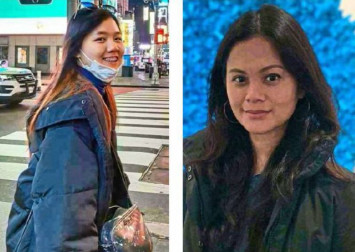 MAA co-chairman Jack Liaw, who operates an accounting business in Flushing in the borough of Queens, said the deaths of the Malaysians saddened him deeply.

"Due to the lockdown, we could not attend their funerals to pay our last respects.

"It is sad that they lost their lives in a foreign land far from home, " he said, describing the pandemic in Queens as "very bad".

Liaw said it was good that MAA has helped the families by connecting them to funeral homes.

"The situation is such that even getting a funeral service is very difficult, due to the staggering number of Covid-19 deaths in New York, " he said.