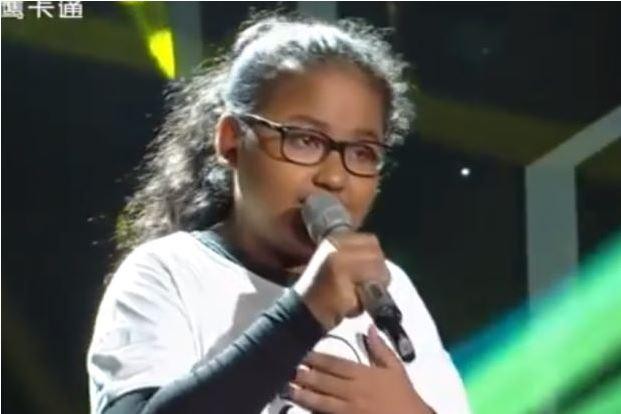 PETALING JAYA - In what looks like a repeat of the success of Shila Amzah, Malaysian singing sensation Adinda has risen to Internet fame after performing in a reality TV singing competition in China. And the 11-year-old continues to wow hearts.

Her parents decided to send her and her older sister to a Chinese primary school as her mother noticed that it was hard to learn Chinese and wanted her children to have the advantage of knowing an additional language.

"My parents encourage me to learn Chinese and I speak the language with my friends," the Year Five student told The Star yesterday.

"This competition has helped me improve my singing," she said.

She added that her biggest challenge in the competition had been the singing techniques that she was taught.

She recently chose Chinese singer-songwriter Su Yunying as her mentor on the programme as she was touched by her song Wild Child.

"I like the feeling when Su sings as there is a complete sense of freedom which I want to learn," said Adinda.

The lass, who has joined about 100 singing competitions since she was five, said she was astounded by the overwhelming praise and support from Malaysians.

Adinda sang Lin Yu-chun's Mandarin number Next Stop in the Future on the programme and netizens have compared her to Kuala Lumpur-born Shila, who became popular in the Chinese music industry following her victory in China's reality TV singing show Asian Wave in 2012.

In Let's Sing Kids 4 which premiered on July 2, Adinda told the crowd moments before taking the stage to sing Next Stop in the Future: "Before this, I was afraid of singing in front of a big crowd, but here, now, I will be brave."

Her performance received a standing ovation and impressed all three of the show's judges.

She also rendered Let It Go from Disney's hit animated feature Frozen in a duet with Malaysian singer Gary Chaw, one of the judges.

The video of her performance has since gone viral online.

Malaysians on social media were effusive in their admiration for the talented youngster.

"Great! Makes me proud of Ma­­lay­sia and proud to be Malaysian," said Danny Khoo.

Yati Ismail said she was moved to tears by Adinda's performance which reminded her of what the "Malaysian spirit" was all about.

Many on Facebook also took to calling her "little Shila".