12 hours of pain after man gets penis stuck in ring 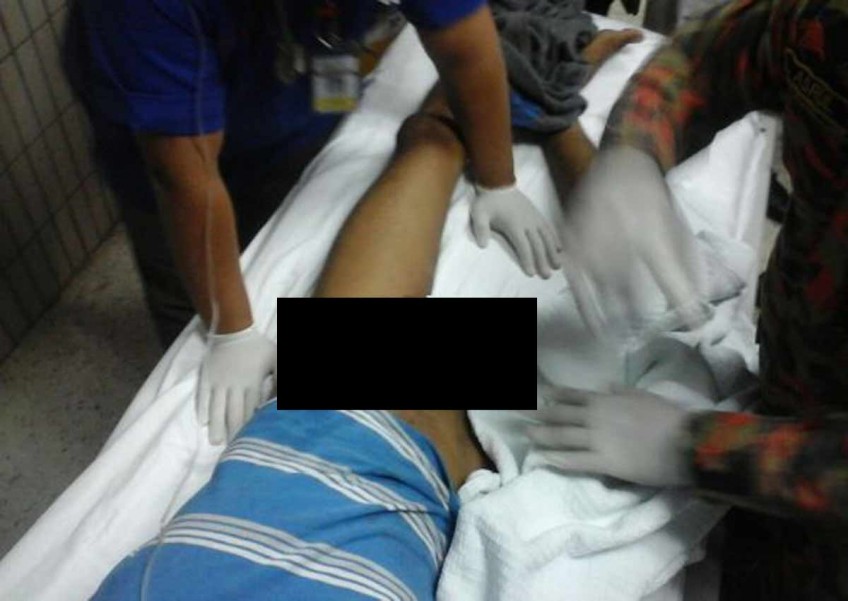 GEORGE TOWN: A man had to endure pain for 12 hours after he got his penis stuck in a ring.

The man, who is in his 20s, sought medical help after he failed to remove the ring, and was sent to Penang Hospital.

Fire and Rescue Department personnel were called to remove the ring at the hospital, at around 10.30am on Sunday.