PUTRAJAYA - Seventeen former security guards of the Prime Minister's Department have been remanded over allegations of misappropriation of funds amounting to RM3.5 million (S$1.17 million).

Magistrate Siti Nabilah Abd Rashid allowed the Malaysian Anti-Corruption Commission (MACC)'s application for the 17 to be remanded for five days.

They were arrested between 2.45pm and 3.15pm on Tuesday (Aug 7) after having their statements recorded at the MACC headquarters here. 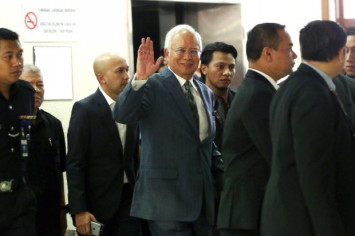 It is learnt that the funds were meant for the recent 14th General Election.

Some RM840,700 cash and nine motorcycles worth RM90,000 were also seized as part of the investigations.