1MDB: Najib Razak's in court, accused of contempt... and on the comeback trial?

Malaysia's ex-leader Najib Razak on Tuesday returned to court for his corruption trials for the first time since they were adjourned due to the Covid-19 pandemic, as prosecutors considered citing him for contempt after he suggested a change in the country's leadership meant he was more likely to get a fair trial.

The trial that resumed was the biggest of three criminal cases Najib faces over his alleged involvement in the multibillion-dollar looting of the 1 Malaysia Development Berhad (1MDB) state fund during his 2009-2018 tenure as prime minister.

The resumption of the trials puts the limelight back on the high-profile scandal, after weeks of focus on the collapse in March of the ruling alliance that ousted Najib.

The 66-year-old's return to the Kuala Lumpur High Court came as the new government led by Prime Minister Muhyiddin Yassin faced a backlash over a settlement deal prosecutors struck with Najib's stepson Riza Aziz in a separate case also linked to the 1MDB scandal.

In an unexpected twist, however, the prosecution said Riza was willing to testify as a prosecution witness in the trial known as the "1MDB-Tanore trial" as it involves illegal fund transactions facilitated by Tanore Finance Corp, a vehicle viewed as central to the theft.

Najib's three trials - disrupted by the Covid-19 pandemic - are now expected to stretch into 2021, and with arch-rival Mahathir Mohamad deposed by Muhyiddin, political observers say they expect Najib to increase efforts for a political comeback.

Najib's two other trials, involving the former 1MDB unit SRC International and another case over alleged audit tampering, will resume in June.

The 1MDB-Tanore trial involves 25 of the 42 criminal charges the former prime minister faces over the scandal in which prosecutors believe at least US$4.5 billion (S$6.4 billion) was stolen from the state fund Najib created in 2009.

Court proceedings got off to a dramatic start on Tuesday as lead prosecutor Gopal Sri Ram told Justice Collin Lawrence Sequerah he intended to cite Najib for contempt over comments he made in a March 4 interview with Reuters.

Read Also
Najib's stepson agrees to testify against him in 1MDB trial: Prosecutors 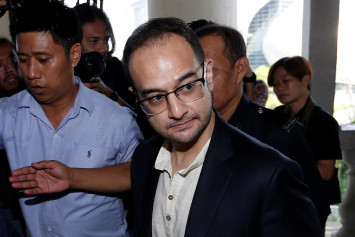 In the interview Najib said he expected that "the atmosphere would be more conducive towards a fair trial" after the political coup that ousted Mahathir, 94, in late February.

Mahathir had led the Pakatan Harapan coalition to a shock victory over Najib's ruling Malay-centric coalition in the 2018 polls.

But that pact - riven by internal divisions - fell apart following a coup staged by Muhyiddin and his Malay nationalist allies to form an administration without the multiracial partners who helped them sweep to power.

"I'm not alluding to anything, because there's no conclusion to the trial … but hopefully, you know, I will get a fair trial," Reuters quoted Najib as saying in the interview.

Sri Ram told the judge the comments suggested there had been an "atmosphere of an unfair trial" until the change of government.

"I don't want to distract your lordship in this trial with this side-way.

"I will advise to take out contempt proceedings against the accused as this is a very serious allegation," local media quoted the prosecutor - a former top judge - as saying. 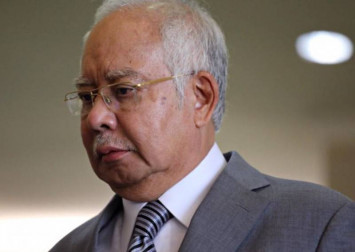 In response, Najib's lawyer Shafee Abdullah argued that Najib had only been referring to the removal of Mahathir - who had openly described his one-time protege as a "thief".

"Perhaps my client meant that by getting rid of Mahathir, he would get a fair trial atmosphere," Shafee was quoted as saying.

He reportedly asked Sri Ram to reconsider the contempt application.

Also gaining attention was Sri Ram's revelation to the court that Riza could be added to the prosecutors' list of witnesses.

He provided no further details.

"The truth was what helped Riza's case and the truth of Riza's testimony will help my client's case," the lawyer was quoted as saying by online news portal Malaysiakini.

Muhyiddin in recent days has faced intense pressure from rivals in the Pakatan Harapan pact over prosecutors' decision last week to grant Riza a discharge not amounting to an acquittal for the five counts of money laundering he was facing.

In return, Riza has agreed to forfeit some US$107.3 million worth of assets to the government. 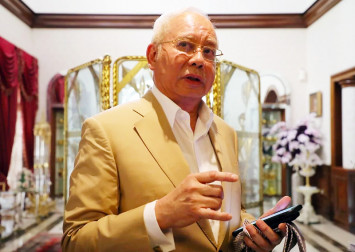 Riza, one of the producers of The Wolf of Wall Street film, was alleged to have received US$248.2 million of funds from 1MDB.

Among the criticisms of the settlement are that the deal was made too early in the trial, and that the assets Riza had pledged to give up would have been forfeited anyway as they were seized by US authorities.

Running parallel was an exchange of statements by the Mahathir-era attorney general Tommy Thomas and Muhyiddin's appointee to the position, Idrus Harun, over whether the former had approved the deal before he resigned in late February.

Thomas on Monday slammed the plea bargain as a "sweetheart deal" for Riza and refuted official statements that he had offered in-principle approval for the settlement.

With the questions mounting, Muhyiddin late on Monday issued a statement denying any involvement in Riza's case, which, as with Najib's trials, has Sri Ram among the prosecutors.

Still, opposition leaders have not let the matter rest.

In an interview with Bloomberg on Tuesday, Anwar Ibrahim - a key stalwart of Pakatan Harapan - said the deal represented a "dangerous and disturbing precedent".

"I think the issue ... must be reopened. Malaysians will not accept this," he said. 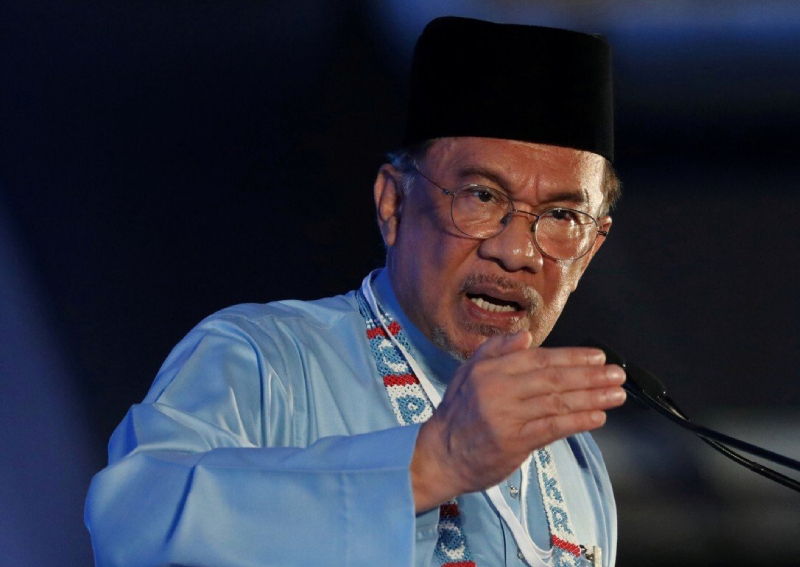 Najib for his part has taken to social media - where he has an immense following - to go on the offensive against Mahathir, Anwar as well as Thomas over the debacle.

A veteran Malaysian political observer said while the trials continue, she expected Najib to step up efforts to clear his name in the court of public opinion with his rivals now out of power.

"My sense is that public opinion remains divided, with the Umno base behind and Pakatan Harapan base disgusted by him. The middle ground is not engaged," Bridget Welsh told This Week in Asia on Tuesday.

"Najib is working to not only clear his name, using the beholden leadership of Muhyiddin's government to his advantage, but also trying to build a political comeback.

"I think that this further polarises Malaysia, gives the opposition an issue to rally around but at the same time takes them away from the issues that kept them apart that they need to work through."