PETALING JAYA - Indonesian lawyers for the owner of the US$250 million (S$341 million) superyacht Equanimity will challenge the latest detention order to prevent the vessel from being handed over to the US government.

The vessel, which is believed to be owned by fugitive businessman Low Taek Jho, or Jho Low, is likely to be impounded for a longer period at Bali's Benoa harbour as the lawyers are challenging the extradition order.

An Indonesian prosecutor familiar with the case said the fresh petition to challenge the seizure, which took place on Feb 28, is on the way.

Andi Simangunsong, a lawyer representing Equanimity Cayman Ltd, the owner of the yacht, will likely file the petition at the Jakarta court anytime now.

On July 9, Indonesian authorities executed the extradition process against Equanimity with an action in rem. 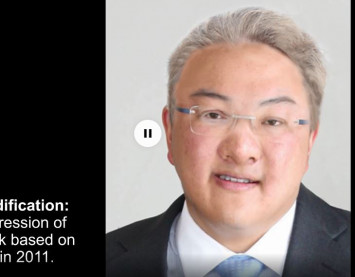 A copy of the warrant of action in rem was also issued to Equanimity captain Rolf Sieboldt-Berry, a South African.

"As of now, the superyacht will continue to be detained in Bali. It will not be allowed to sail until the case is heard," said Andi.

The South Jakarta District Court on April 17 ruled the seizure of the luxury yacht linked to an investigation by the US Department of Justice (DOJ) into the state investment fund 1Malaysia Development Bhd as null and void on technical grounds.

Following the Jakarta court decision, DOJ's Office of International Affairs filed a request for mutual legal assistance (MLA) on April 19 to Indonesia's Law and Human Rights Ministry to confiscate the vessel. The MLA request was carried out on July 9.

On May 15, the California Central District Court also granted the DOJ protective custody over the superyacht after it argued that Equanimity's existing crew cannot be trusted to bring the vessel back to the United States to facilitate its sale pending final disposal of the civil forfeiture suit.

Lawyers representing Equani­mity Cayman filed an appeal against the ruling with the US Ninth Circuit Court of Appeals.

On June 14, the Court of Appeals denied the company the motion to stay the protective custody order. As such, the DOJ has the rights over the vessel.

However, the US court agreed that the case should be expedited and ordered the court clerk to "calendar this appeal for disposition as soon as possible" after the parties have filed their briefs.