2 arrested for beating up pump attendant who refuelled wrong petrol 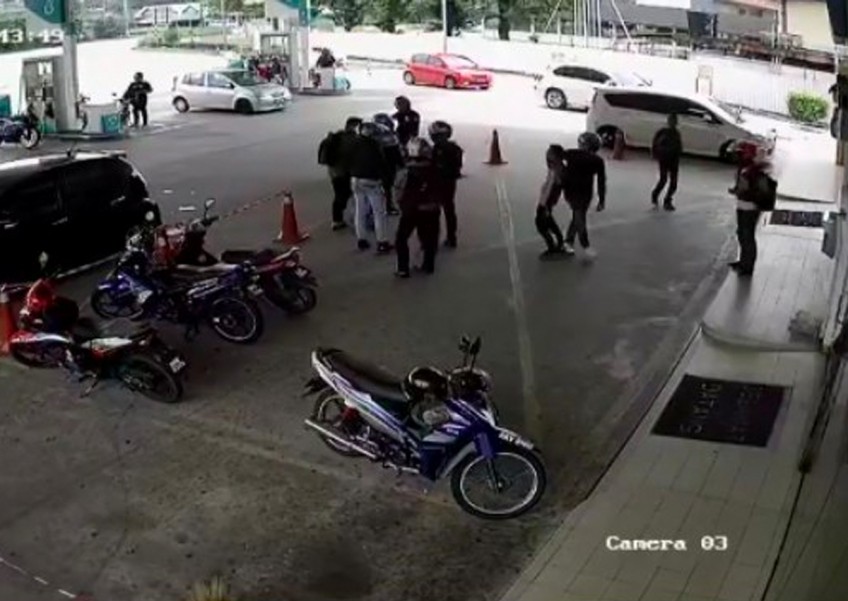 IPOH - The police have arrested two men believed to be involved in the assault on a kiosk attendant at a petrol station in Sungkai earlier this month.

"He has a previous record under Section 324 of the Penal code for causing harm.

"He will be remanded until Oct 21," SAC Yahya said in a statement on Thursday (Oct 18) night.

"The 25-year-old businessman from Cheras was accompanied by a lawyer," he added.

In the Oct 6 incident, a 23-year-old petrol station worker was assaulted by a group of men after a minor misunderstanding.

The incident is believed to have occurred after the worker mistakenly filled up one of the motorcycles with RON95 instead of RON97 petrol.

The victim was dragged out from the counter and beaten up even after apologising.

SAC Yahya said the case would be investigated under Section 147 of the Penal Code for rioting.

"We want the others involved in the incident to come forward to assist in the investigations," he said.