Wan Saiful Wan Jan and Datuk Razali Idris said Dr Mahathir had then told the supreme council that Bersatu had failed to gather the Malay votes in the 14th General Election (GE14) in May 2018 under Pakatan Harapan, and that the Malays were deemed “politically unhappy”.

Further, Bersatu was accepted into Pakatan, joining DAP and PKR, as the parties had realised at the time that with the exit of PAS, they would be doomed in GE14 if they did not have a Malay-based political party in the coalition.

Both claimed the two audio clips did not fully describe what happened during the meeting, and the excerpts being released painted a poor picture of party president and Prime Minister, Tan Sri Muhyiddin Yassin's role.

The supreme council members also said that the “emotional rejection” of the chairman's resignation was unconstitutional.

Wan Saiful said this was because the supreme council has no authority to do so under Article 16.9 of the party constitution, which states that if the chairman resigns or is stripped of his post, the president would have to assume the post until there is a poll to elect a new chairman according to Article 13.3, empowered through Article 16.2.

“The constitution does not allow a U-turn once the chairman resigns. There is no provision for the supreme council to reject the resignation of the chairman and thus, the rejection was unconstitutional.

“If a chairman resigns, the only way to return as chairman is to run for the post in the party's next election.

"So, there is a question about Dr Mahathir's chairmanship that has not yet been answered,” Wan Saiful said. 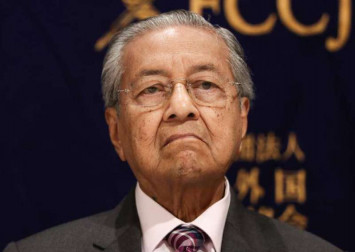 Party disciplinary board chairman Tan Sri Megat Najmuddin also said that the actions of Dr Mahathir, deputy president Datuk Seri Muhkriz Mahathir and Youth chief Syed Saddiq in refusing to adhere to the decision by the supreme council to be part of Perikatan Nasional also automatically disqualified their membership as per Article 10.2.3 of the Bersatu constitution.

"The meeting on Feb 23 came right after the very important Pakatan presidential council meeting in Putrajaya on Feb 21, where Dr Mahathir announced that he will be the one to decide when he will pass the baton to his successor.

"On Feb 23, the Bersatu supreme council was briefed by those who had attended the Pakatan presidential council meeting.

"The only ones who attended from Bersatu, other than Dr Mahathir, were Mukhriz, Syed Saddiq, the then party secretary-general Datuk Marzuki Yahya and Bersatu information chief Radzi Jidin.

"We were all riled up when we heard how DAP and PKR leaders insisted in a rude way that Dr Mahathir set the date there and then to pass the baton to PKR president Datuk Seri Anwar Ibrahim," said Wan Saiful. 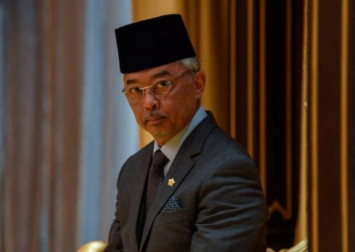 Wan Saiful said some of the Bersatu supreme council members then stated that Dr Mahathir should tell off those who insisted on a date of succession and that it was time Bersatu stopped itself from “being pushed around” by the other parties in Pakatan.

"It was quite a chaotic meeting as for the past 22 months since Dr Mahathir became prime minister, the agenda of the supreme council always included the date of transition.

"We were upset when Dr Mahathir said Anwar had already agreed that Dr Mahathir will set the date. We argued that push will come to shove from Pakatan if nothing was done.

"That is when Dr Mahathir pleaded with us not to force him to decide on the fate of Bersatu there and then.

"Muhyiddin, who was seated right next to him, decided to calm things down as everyone was getting worked up. He urged us not to get emotional and let Dr Mahathir have the mandate to decide for the party with his wisdom," said Wan Saiful. 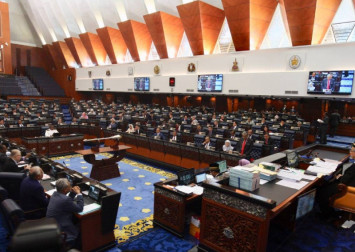 "We just could not move on because the issue (of the prime minister transition to Anwar) was played up for the 22 months Pakatan was in power.

"On Feb 23, I remember very well that it was Syed Saddiq and Marzuki who told us how Dr Mahathir was pushed again and again by DAP, Amanah and PKR leaders on Feb 21.

"We were all emotional. Dr Mahathir never said a word about resigning that day," said Razali.

On Feb 24, when Dr Mahathir resigned as prime minister and then as Bersatu chairman, another supreme council meeting was convened.

A few more supreme council members, who preferred not to be named, said that it was always Dr Mahathir who mooted one party for Malays and he even appointed Datuk Seri Hamzah Zainuddin to organise the controversial Malay Dignity Congress (Kongres Maruah Melayu) that took place on Oct 6 last year.

The resignation of Dr Mahathir on Feb 24 led to a fallout between him and most Bersatu leaders when Muhyiddin was made the Prime Minister on March 1, and saw a change in government.