PETALING JAYA - Two Johor leaders have clarified that an official letter supposedly in Chinese and English that had upset the Sultan of Johor, had actually been written in Malay.

The letter had been written by a Iskandar Puteri city (MBIP) councillor to ask residents to come for a discussion on road restructuring.

Perling assemblyman Cheo Yee How clarified that the version of the letter that went viral was just an attachment to the actual letter.

"I hope that this explanation clears the air and helps the palace understand that we are just doing our job to best communicate with the society," he said.

Tan Hong Pin, the Johor state exco for Local Government, Science and Technology also explained that three languages were used in the letter, with the official letter written in Malay. 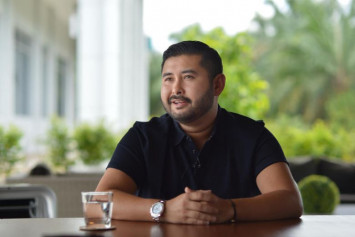 He said he supported the position of Bahasa Malaysia as the national language.

After discussions with the city councillor, Tan said, "I found that he had no intention of challenging the position of the national language.”

“The purpose of such an arrangement was to inform possible non-fluent Malay speakers to participate in the Road Restructuring Discussion between Jalan Jaya Mas ½ and Jalan Silat Print 2 in Skudai,” he said in a statement on Tuesday night (Sept 25).

Tan added there were irresponsible people who were trying to create an issue by just circulating the Chinese and English attachment of the letter while withholding the fact that the actual letter was in Malay.

“This irresponsible act must be stopped immediately so that racial harmony can be maintained in Johor,” said Tan.

"If the councillor does not know how to do his or her job, just resign. This is my warning … do not make this mistake again.

"We have never written any official letters in two languages," His Majesty said in a statement via the Royal Press Office (RPO) at Istana Pasir Pelangi, Johor Bahru, on Tuesday (Sept 25).