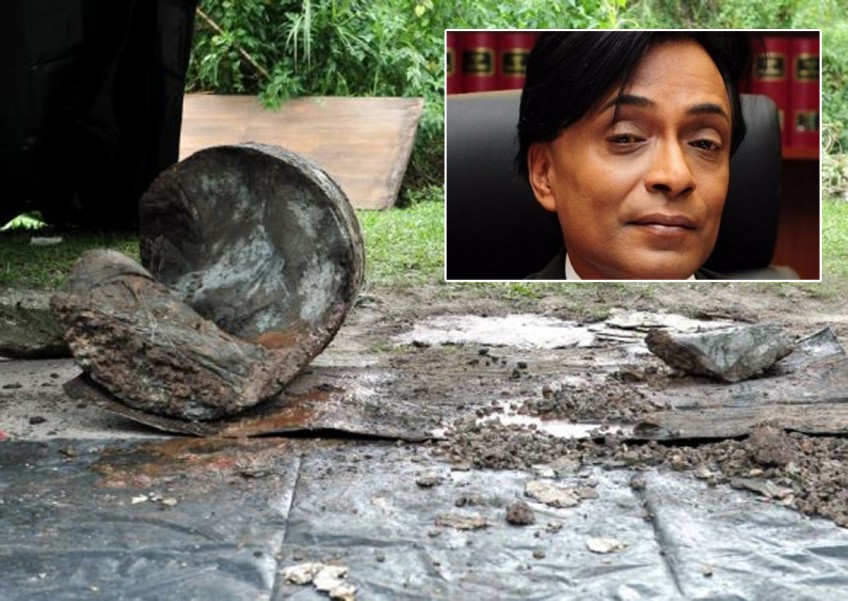 City CID chief Senior Asst Comm Datuk Zainuddin Ahmad said Dinishwaran a/l Raman, 23, and Vishwanath a/l Murugaya, 25, can assist in the investigations into the murder of Morais whose body was found in a concrete-filled oil drum in Subang Jaya on Sept 16.

Anyone with information on their whereabouts can call Sentul police headquarters at 03-40482222 or investigating officer ASP Wan Abdullah at 012-3482737.

So far, seven people have been remanded, including an army medical officer that was charged with engaging in unlawful trade while being a government servant.

The 52-year-old pathologist has several corruption cases pending against him. Three DPPs, including Kevin, had been involved in prosecuting the pathologist since 2013.

Kevin went missing on Sept 4 after leaving his residence in Menara Duta here for work in Putrajaya in a grey Proton Perdana bearing registration plate WA6264Q.

[[nid:223656]]
SUBSCRIBE TO OUR NEWSLETTER
Your daily good stuff - AsiaOne stories delivered straight to your inbox