It is believed the officers were arrested on suspicion of protecting lorry drivers who committed road offences in Penang from law enforcement.

They will be brought before the Penang Magistrates court at 10.30am.

The arrests were made at the Malaysian Anti-Corruption Commission office in Penang between 10am and 4pm on Tuesday (April 16). 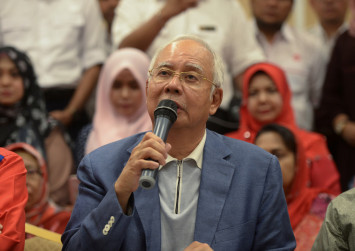 According to sources in an earlier news report, the civilians arrested included proxies, middlemen and owners of companies.

Sources also said the enforcement officers were believed to have received monthly payment, totalling between RM10,000 (S$3,274) and RM32,000.

"The payment is an inducement not to take action against lorry drivers who committed road offences," said one source.