28-year-old Malaysian listed on Forbes 30 under 30

PETALING JAYA - A 28-year-old Malaysian entrepreneur has been listed under the Forbes 30 under 30 for her achievements in developing a non-toxic skincare line for children.

Kimberley Ho, who is the co-founder of Evereden and based in the US, was listed under the retail and eCommerce category of Forbes' 2019 edition of its annual 30 under 30 list.

According to Forbes, Ho was working on Wall Street as a consumer brands investor and saw the need for "safe, natural products".

The American business magazine said Ho then decided to fill the gap in the market by starting Evereden in March 2018. 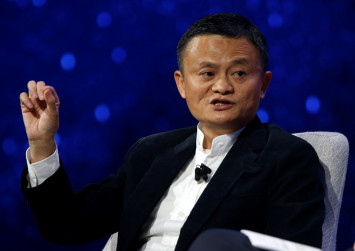 "Since launching in March 2018, Ho, a Malaysian immigrant, has raised US$2 million (S$3.9 million) and her products have received accolades from Bobbi Brown and Vogue, among others," it said.

According to an interview with Forbes back in May, Ho said she moved to the US when she was 18 to study economics at Stanford University.

The report said after graduating, she then worked for investment banking firm Goldman Sachs.

Following her stint at Goldman, she moved on to be an investor at investment management firm Oaktree Capital.

Ho told Forbes that as she was working in the US, she used to purchased baby products from the US for her friends in Asia.

Both our Shampoo & Body Wash and our Moisturizing Lotion are made specifically to suit sensitive and eczema-prone skin!

However, she came to realise that the ingredients in baby products from the US weren't as safe as they claimed to be.

Ho then decided to quit her job, and started Evereden, with her husband who is only known as Huang.

"Kudos to everyone on the team, all good things are possible because of the family that we've built. #ForbesUnder30," she said.