3 IS members among 5 nabbed in raid in Malaysia 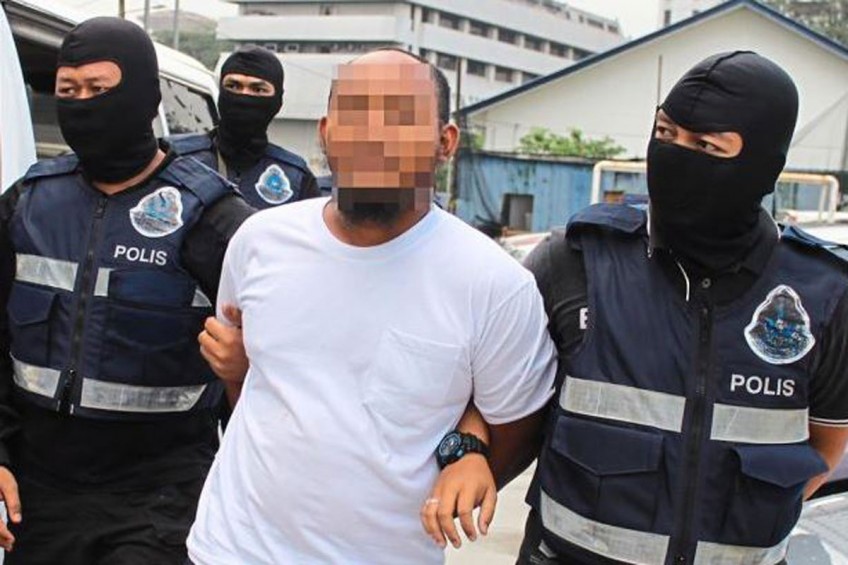 KUALA LUMPUR - The intensified crackdown on Islamic State (IS) terror links here is continuing to yield results, with three of its members caught in the widened dragnet.

Among them was a 40-year-old former Felda Global Ventures Holdings Bhd (FGVH) senior officer, who was arrested upon arrival at the KL International Airport (KLIA).

The two others were a Malaysian and an Indonesian who were held in Tangkak, Johor. The duo, both aged 22, had worked in a canteen at the Health Ministry's pharmaceutical division in Petaling Jaya.

Police also nabbed two members of the now defunct Imam Mahdi movement in Kota Damansara and Puchong, with one having links to the Jemaah Islamiyah terror group.

Inspector-General of Police Tan Sri Khalid Abu Bakar, who disclosed this yesterday, said the three IS mi­­litants were detained in a four-day sting operation conducted by the Bukit Aman Special Branch Counter-Terrorism Division which ended on Friday, just before the terror attacks in Paris.

Khalid said the ex-FGVH officer had left the company under a volun­tary separation scheme in August.

"He went to Turkey on Oct 21 to gain safe passage into Syria. His travels were arranged by a Somalian national whom he got to know on Twitter.

"However, he was arrested by Turkish authorities on Oct 25 with nine other foreigners from Russia, Xinjiang in China and Morocco and deported back to Malaysia," he said in a statement.

The IGP said the two canteen workers had also planned to head to Syria to join IS.

On the Imam Mahdi members, he said one of them aged 28 was planning a series of attacks in the Klang Valley and "was fired up to kill even his family members if they got in his way".

"The other suspect, a 30-year-old man, is also a member of the Al-Ghuraba cell of Jemaah Islami­yah. He was previously arrested in Karachi in 2003," said Khalid, adding that police were still hunting for remnants of the group.

All five suspects were detained under the Security Offences (Special Measures) Act (Sosma).

The Imam Mahdi terror group is also referred to as a deviant cult which believes that its leader Imam Mahdi is the prophesied redeemer of Islam who will rule for a certain period before the Day of Judgment.

Since February 2013, 141 militants have been detained in the country. They include 15 Armed Forces personnel.