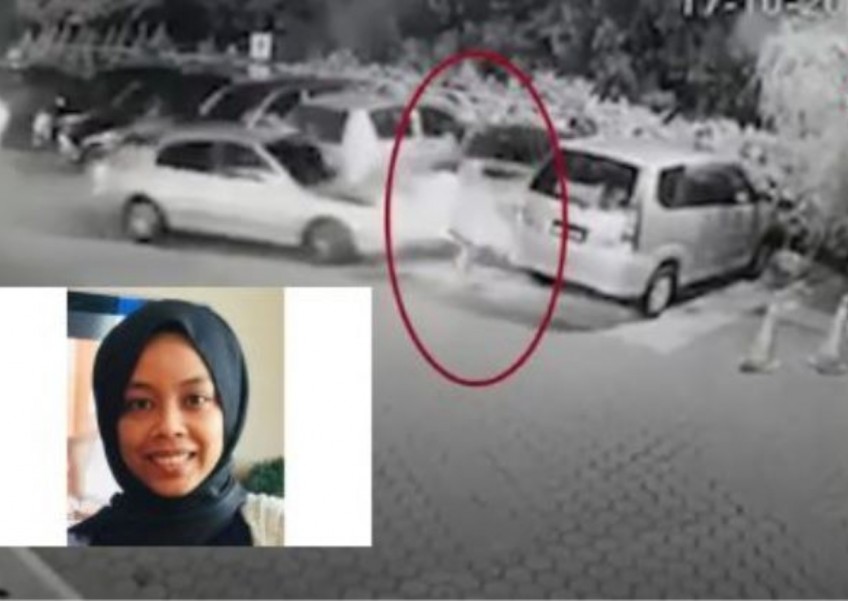 SEPANG - Three Middle-Eastern men and a Malaysian woman have been arrested in connection with the hit-and-run accident in Cyberjaya.

"We also arrested two Libyan men aged 24 and 20 and a 32-year-old woman from Sabah at Verdi Residence, Symphony Hills in Cyberjaya.

"The silver Hyundai involved in the hit-and-run was also seized during the arrests," he said when contacted.

"One of the men arrested admitted to driving the silver Hyundai during the accident," he said.

The case is classified under Section 41 (1) of the Road Transport Act 1987 for causing death by reckless or dangerous driving.

On Wednesday (Oct 17), Wan Amirah Wan Alias was hit by a car and dragged along the street at Shaftsbury Square, as she was crossing the road at 7.35pm.

Wan Amirah had just turned 31 on Oct 4, two weeks before her death.

Wan Amirah, an assistant manager with Unifi, passed away at Hospital Putrajaya at 5am on Thursday (Oct 18).

Distraught by Wan Amirah's passing, Thana Abdullah, who is Wan Amirah's aunt, called for netizens to help find the culprit, besides the police.

"She was 10 when her mother passed away. She was like a daughter to me," Thana told The Star.

The incident has angered Cyberjaya residents, who say rampant reckless driving is a troubling issue in Cyberjaya.