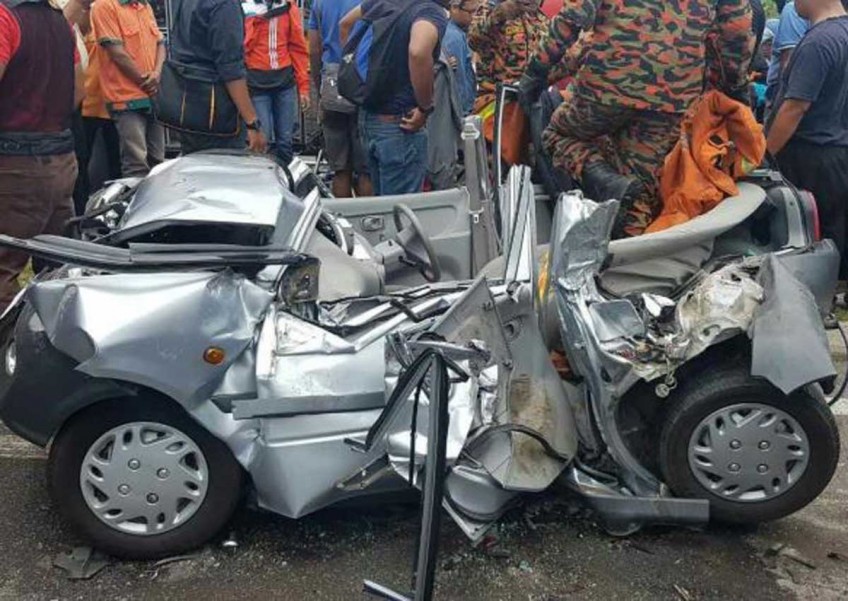 MALACCA - Three students miraculously survived in an accident after their car collided with a garbage truck along the Alor Gajah-Melaka Tengah Highway on Monday.

The three - Nurhazirah Hazni, 19, Mohamad Shafiq Asriq Kamaruddin, 18, and Norizwani Saberi, 19 - were extricated by the Fire and Rescue Department following the accident that took place at 12.20pm near Paya Rumput here.

Meanwhile, 40-year-old eyewitness S. Durai said that he saw the three conscious and in pain after the accident.

"They told me that they were college students and one of them was groaning in pain as his left leg was stuck in between the front passenger seats," he said.

Durai said those who gathered at the scene of the accident were relieved to know that the three students had survived.

"It's a miracle for them to survive with minimal injuries, as the impact was devastating," he said.