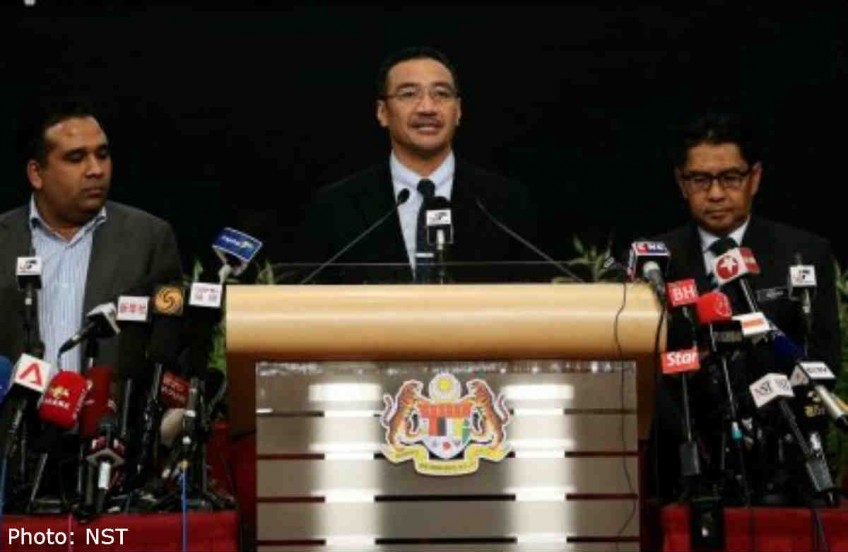 Malaysia's Minister of Defence Hishammuddin Hussein (L) at a media conference on the missing MH370 flight with Director General of Civil Aviation Department (DCA) Azharuddin Abdul Rahman (R) on March 12, 2014. Hussein cautions Sabah to be on guard against the ISIS terror threat given that militants in the Philippines have pledged support for ISIS.

KUANTAN: The welfare of Armed Forces personnel must be a priority, with the Government allocating RM100mi (S$37.4 million)l to repair and upgrade their houses that are mostly in shabby condition, said Defence Minister Datuk Seri Hishammuddin Hussein.

He also announced that the Government had approved housing construction projects at 10 Army camps nationwide worth RM1.1bil.

"The ministry must have a clear agenda so that the Armed Forces personnel will know that their welfare is protected in the long term.

"I am also thinking of proposing a housing blueprint for military officers and personnel so that those entrusted to build the houses will not delay construction," he added.

"Military assets are important but the welfare of our personnel is of equal importance too," he said after launching a new army housing area in Sungai Panching here yesterday.

Hishammuddin said better housing would provide comfort and security for the families of personnel besides improving their morale. "This is not rhetoric. We have done it since independence but we want to intensify efforts." he said.n armed forces personnel