4,000 cops to be deployed for Asean Summit 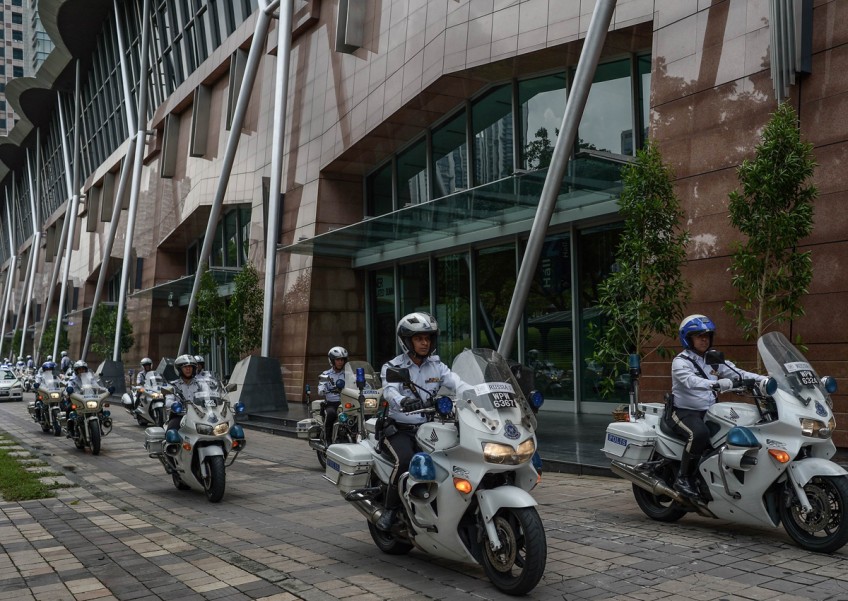 Malaysian police outside the Kuala Lumpur Convention Centre ahead of the 27th ASEAN Summit in Kuala Lumpur on November 16, 2015.
AFP

KUALA LUMPUR - More than 4,000 police personnel will be deployed for the 27th ASEAN Summit to ensure the security of leaders and delegates.

Federal Internal Security and Public Order Department director Comm Datuk Muhammad Fuad Abu Zarim said more security measures will be in place at the KL International Airport (KLIA), Kuala Lumpur Convention Centre (KLCC) which is the venue of the summit, and the respective hotels where the leaders and delegates will be staying.

"In terms of security, we are ready. This is a very big event so we do not want any breach of security," he told The Star.

Besides the UTK, he said police would also station bomb squads on standby at the summit venue.

He said all the personnel had undergone training and rehearsals over the past few months to ensure no hiccups during the entire event.

"We have also gone through the routes that will be used by the delegates when they arrive and identified alternative routes," he said, adding that police had also held discussions with the respective foreign missions.

Comm Muhammad Fuad said more than 500 police personnel would be stationed at KLCC at all times during the event.

He said there would not be any permanent road closure for the event.

"We do not want to inconvenience the public, so we will only close roads if there are important leaders using the roads to get to certain venues. Once they have passed the area, the roads will be reopened," he said, adding that police would also deploy more than 200 vehicles for the event.

Among the leaders expected to attend the summit are those from ASEAN dialogue partner countries such as US President Barack Obama and Chinese Premier Li Keqiang.