A house fire in Penang resulted in the death of a 6-year-old girl.

GEORGE TOWN - A six-year-old girl was killed after a fire razed her house in Taman Lip Sin here on Thursday (Jan 9).

"The victim's grandmother, aunt and younger brother were downstairs and they managed to flee the house. The victim's parents were out shopping at a nearby supermarket.

"Firemen in three fire engines arrived at the scene and tried to enter the house to rescue the girl but the fire was raging and prevented their entry.

"The blaze was extinguished in 15 minutes and rescuers found the girl's charred body lying near a window in a room upstairs," he said.

Meanwhile, huge amounts of prayer paraphernalia were destroyed after a storage shack storing them beside a petrol station went up in flames in Taman Sentosa, Bukit Mertajam on Thursday. 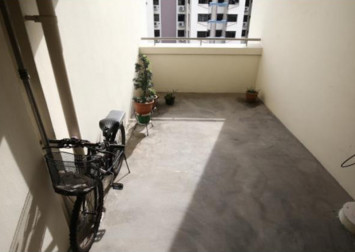 Passers-by in several viral videos of the incident could be heard voicing their concern of the fire spreading to the petrol station, located just 20m away from the storage shack.

In a report by the Fire and Rescue Department, about 80 per cent of the storage facility was razed in the fire.

"Firemen took about 25 minutes to put the flames under control after it was reported at 5.25pm.

"No casualties were reported," said a spokesman.