HULU SELANGOR - The body of a Datuk Seri businessman who was kidnapped while out jogging in Bandar Sri Damansara more than two weeks ago has been found.

Police said they had detained seven men, including a Bangladeshi, over the property developer’s kidnapping and death.

The suspects, aged between 30 and 50, were arrested on Friday and yesterday.

“The suspects had demanded a $50 million ransom from the victim’s family after he was kidnapped on June 10.

“The ransom has not been paid,” he told reporters after inspecting a single-storey house where the victim was last held in Taman Kosaso, Rawang, yesterday.

Police brought the suspects to the house to help in the investigation.

One of the suspects led police to the victim’s body in Jalan Rawang, Bestari Jaya, at 9am, he said yesterday.

“The suspects claimed the victim died three to four days after he was kidnapped.

“The body was already decomposing when it was discovered,” he said, adding that it was sent to the Sungai Buloh Hospital for post-mortem. 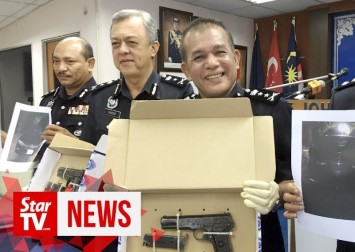 Initial investigations revealed that the mastermind was known to the victim, said SAC Fadzil.

“We are still investigating the motive behind the kidnapping and the cause of death,” he said.

Meanwhile, residents in Taman Kosaso were oblivious to the fact that the kidnap victim was held at one of the houses in the area.

A woman in her 30s, who refused to be named, said she had just returned home after being in Pahang for several months due to the movement control order.

“I did not realise there was a kidnapping.

“In fact, the neighbours never interacted with my family members,” she said, adding that she only learnt about the crime when she saw many police personnel near her home.

Her neighbours are believed to be the suspects.

Another resident, a man in his 50s, said a group of men had been gathering at the suspects’ home lately.

“They might have been contract workers as I saw a lot of construction equipment in their yard,” he said.