Accountant run over by trailer in JB 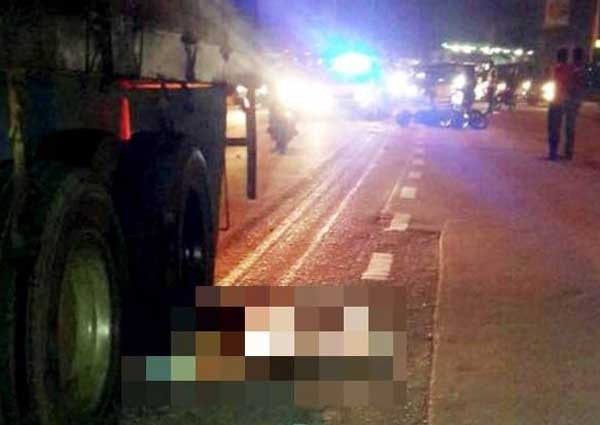 JOHOR BARU - A 20-year-old accountant died on the spot after he was run over by a trailer and dragged about 10 metres along KM16 on Jalan Johor Baru-Kota Tinggi.

He said the victim's body was pinned in between two tyres under the trailer in the incident, which happened at around 9.30pm on July 15.

The victim was heading back to his home in Kampung Baru, Ulu Tiram after finishing work in Taman Gaya.

ACP Sulaiman said the victim died of severe injuries to his chest and legs.

Police believe that Lam had lost control of his motorcycle and fell before he was run over by the trailer.

Investigations showed that the two-lane road, divided by a road divider, was not well-lit and traffic was quite congested at the time of the accident.

Police said the case is being investigated for reckless driving.

The body was sent to the Sultan Ismail Hospital for a post-mortem.