"He should be more aware of what he (Clooney) is saying," he told reporters after attending Parti Pribumi Bersatu Malaysia's buka puasa event here on Tuesday (May 14).

Marzuki was asked to comment on Clooney's statement made during American talk show Ellen, where he mistakenly commented that Indonesia and Malaysia were countries considering the death penalty for homosexuality.

Clooney said this over his recent call for a boycott of luxury hotels owned by Brunei because of its plans to impose the death penalty, including by stoning, for gay sex under Islamic laws. 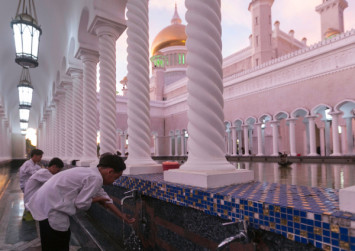 However, Brunei had recently deferred imposing the death penalty of those convicted of having gay sex.

Clooney said the boycott was a "warning shot" to Indonesia and Malaysia should they consider introducing similar anti-gay laws.

Malaysia does not have laws against homosexuality but criminalises unnatural sex under the Penal Code.

Marzuki said that Malaysia is a Muslim-majority nation and the religion does not accept the LGBT culture.

Numan said the actor's statement, while well-meaning, might be counterproductive to the LGBT community here.