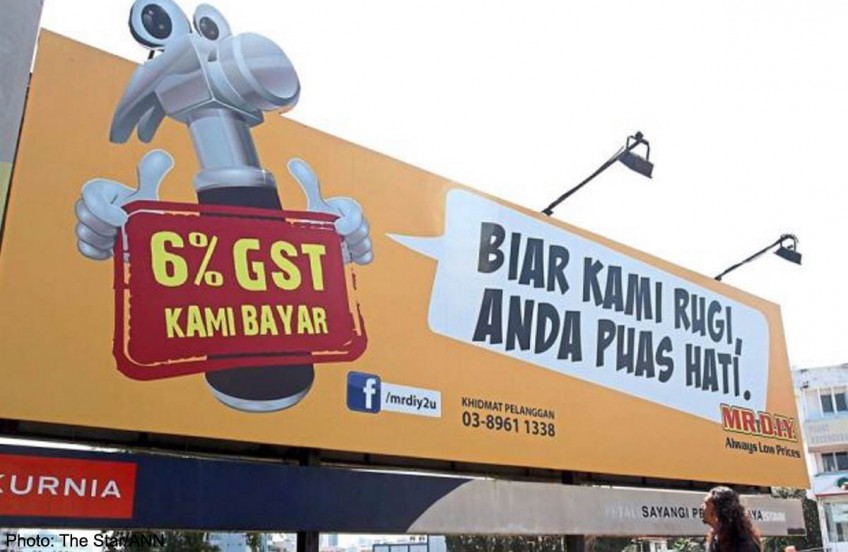 PUTRAJAYA - Anti-GST demonstrations will not delay the implementation of the Goods and Services Tax which has been set for April 1, said Deputy Finance Minister Datuk Ahmad Maslan.

He said the Government would not succumb to pressure from anyone to defer the introduction of the new tax scheme.

"Demonstrations will not stop the (implementation of the) GST. Come April 1, GST will replace the SST (Sales and Services Tax)," he said yesterday after checking the KL International Airport Refund Verification Counter for foreign tourists to claim GST paid on goods bought in Malaysia under the Tourist Refund Scheme.

The latest anti-GST demonstration took place at the Federal Customs headquarters in Kelana Jaya yesterday where protestors, led by Parti Sosialis Malaysia activists, entered the office complex at 11am hoping to hand over a memorandum to the Customs director-general.

Ahmad said the Government was not making a mistake in deciding to introduce the GST.

"Protests like the one in Kelana Jaya are to be expected but they won't stop or delay the implementation," he said.

On the Tourist Refund Scheme, Ahmad said foreign tourists could claim the refund at seven other airports besides the KLIA.

Foreign tourists could claim refund on the GST charged and paid on goods purchased from an Approved TRS Outlet except for tobacco and tobacco products, precious metal and gems stone, wine, spirit, beer and malt liquor, goods which are wholly or partially consumed in Malaysia, and goods which are absolutely prohibited from export under any written law.

Ahmad said the GST refund would be either in cash (for amount not exceeding RM300(S$111)), payment through credit card, bank account or through a bank cheque.