AirAsia: 1 scandal too many, or too big for Mahathir's Malaysia to let fail?

AirAsia has gone from strength to strength despite a series of controversies over the years - and while Prime Minister Mahathir Mohamad has thrown the government's support behind it once again, is there now too much turbulence for the scandal-ridden Malaysian carrier to stay aloft?

With Malaysia's anti-corruption authorities and Securities Commission looking into the matter, questions abound not just as to the future of AirAsia, but whether a much-discussed potential merger between it and flag carrier Malaysia Airlines will come to fruition.

The British antifraud watchdog said Airbus had paid a bribe of US$50 million in the form of a sponsorship for a racing team owned by top officials from AirAsia and its long-haul sister company AirAsiaX, in return for an order for 180 planes, later changed to 135.

AirAsia denied the allegations, saying its executives "negotiated rigorously in the interests of the company and had at all times acted in good faith", and formed a committee to review the accusations.

Chief executive Tony Fernandes and executive chairman Kamarudin Meranun announced they would stand down "for a period of two months or such other period that the company may deem fit".

Meanwhile, an AirAsia minority shareholder has initiated proceedings on behalf of the company to recover the money paid to the racing team by Airbus.

But while the airline seems to be in a tailspin, analysts say AirAsia is just too big and important to Malaysia to fail. 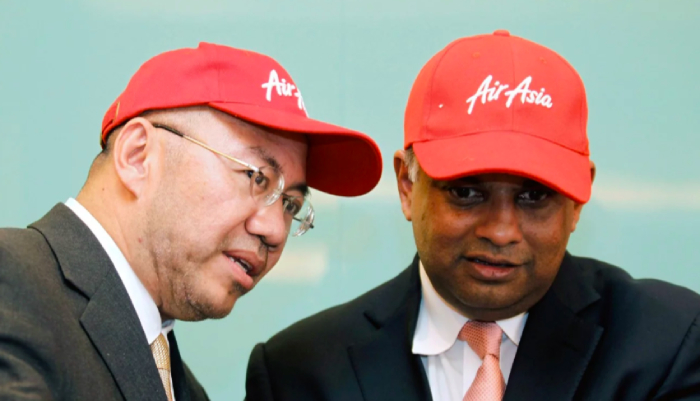 AirAsia chief executive Tony Fernandes (left) and executive chairman Kamarudin Meranun have announced they would stand down while the company reviews bribery allegations against it. PHOTO: Reuters

According to industry watchers, this is most likely why Mahathir came out in what was seen as defence of the airline following the bribery allegations.

The premier said it was "normal" for business dealings to feature offset payments, as long as the money did not enter "individual pockets".

His office later walked back the remarks, clarifying that it was up to investigators to determine if the US$50 million sum was a bribe.

"[Mahathir] said that only if the money goes to individuals then it becomes a bribe. If it is not for personal benefit, then it is not a bribe in his view," the Prime Minister's Office said in a statement.

This is not the first scandal to plague the airline.

Chief executive Fernandes and other AirAsia officials were in January summoned by Indian authorities for questioning in relation to alleged financial irregularities and potential criminal misconduct while the airline was lobbying to obtain a licence for AirAsia India in 2018.

In 2017, AirAsia was forced to deny wrongdoing after an inquiry into Rolls-Royce by the SFO alleged that improper discounts were handed out.

Fernandes also came under fire that year for painting a jet in the colours of former ruling coalition Barisan Nasional to ferry around deposed ex-premier Najib Razak, who is now facing over 40 charges of graft and corruption linked to the 1Malaysia Development Berhad (1MDB) corruption scandal. 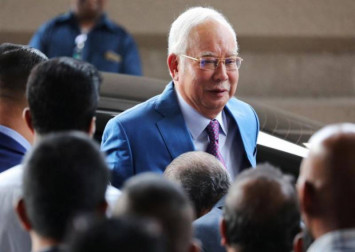 The public relations exercise for the former administration also saw Fernandes praise Barisan Nasional for the carrier's success, but when it lost the May general election to the current Pakatan Harapan government, the AirAsia chief swiftly took to Facebook to apologise, saying he had buckled under intense pressure from the then government and regretted it.

AirAsia weathered even this political faux pas, with top leaders from the new government defending Fernandes.

This stance continued even as AirAsia was at loggerheads with a slew of industry players, including a public spat and lawsuit battle with airport management company Malaysia Airports Holdings over outstanding taxes, and refusing to pay penalties imposed by regulator Malaysian Aviation Commission (Mavcom) for contravening consumer protection codes.

Fernandes had aimed his ire at the regulator several times over the years, accusing it of not understanding his low-cost model.

Industry watchers suggest this continued support is not just due to AirAsia's global success, but also the possibility of a merger with struggling Malaysia Airlines.

The flag carrier has been in financial doldrums for years, losing billions as it grapples with poor international perceptions following two aviation tragedies in 2014 - the mysterious disappearance of MH370 and when MH17 was shot down over Ukraine.

Rumours of a merger have since abounded, with local media reporting that AirAsia is the leading bidder and the government is keen to see the deal come to fruition. 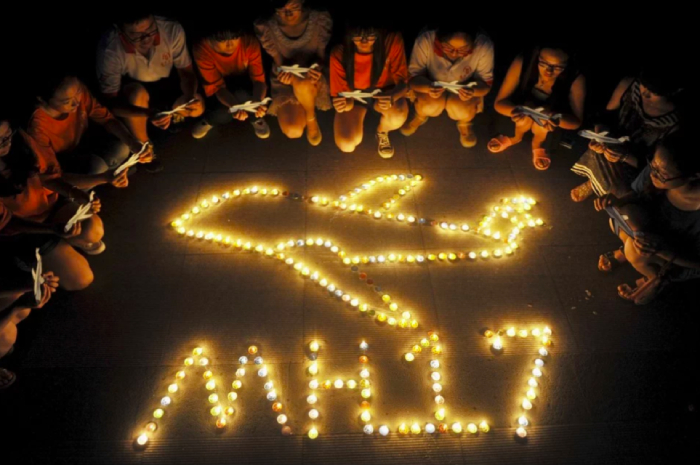 Students at a university in Yangzhou, Jiangsu province, during a 2014 candlelight vigil for victims of the downed MH17. PHOTO: Reuters

"Any further delay will mean continued losses by Malaysia Airlines and it is highly likely to need another cash injection by Khazanah to sustain operations," said an insider who declined to be named.

However, analysts such as Ahmad Maghfur of Nomura warned that additional clarity was required and that anti-competition regulators had to size up the merger.

AirAsia, said Ishak Ismail of Raya Airways, has the capability to turn Malaysia Airlines around.

"Any delay would be more costly to the government," he said.

While the recent bribery issue has dented AirAsia's reputation and seen its share price plunge, economist Yeah Kim Leng of Sunway University thinks a recovery is expected thanks to the company's winning business model and competitive strategy in the growing Asian market. 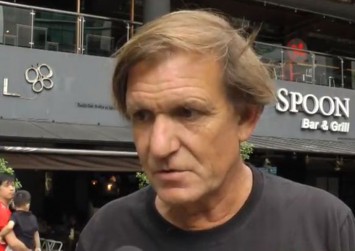 While he pointed out that AirAsia is among the companies who "continue to remain dominant players in their respective industry" despite being embroiled in scandals, Yeah said the potential Malaysia Airlines merger was likely to be discontinued or put on hold until the internal and government investigations were completed.

This sentiment was echoed by Shukor Yusof of aviation consultancy Endau Analytics, who said that even with the allegations hounding it, the carrier was likely to weather the storm and remain the region's largest budget carrier, describing it as "a rare Malaysian success story in an extremely difficult industry".

"AirAsia has announced its two key executives will step down, that's a first step," he said. "Next is for them to clear their names."