The sun-dappled wedding was said to have taken place in Cote d'Azur, France.

In the sea-facing snapshot, Fernandes, 53, looked dapper in a three-piece suit with blue accents, while his bride was as pretty as a picture in an off-shoulder white gown with a long train.

Chloe, an actress in her early 30s, held a bouquet of white roses and ferns, with the groom sporting a boutonniere of the same bloom. 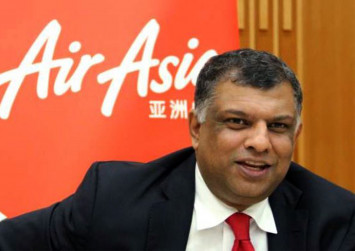