AirAsia in talks to sell 10 per cent stake

The stake sale will take place through a private placement of new AirAsia shares at RM1 a share, said sources. Should the deal materialise, AirAsia will raise an estimated RM334.2mil from the placement of new shares.

PETALING JAYA - AIRASIA Group Bhd is in talks to sell 10 per cent of its shares to South Korea's third largest conglomerate SK Corp.

The stake sale will take place through a private placement of new AirAsia shares at RM1 (S$0.33) a share, said sources.

Should the deal materialise, AirAsia will raise an estimated RM334.2 million from the placement of new shares.

According to sources, SK Corp had initially intended to acquire more than 10 per cent of AirAsia's shares.

The potential private placement does not require AirAsia to seek a fresh round of approvals from its shareholders, as it had already been approved during the group's latest annual general meeting (AGM) held on June 27,2019.

As set out in the notice of AirAsia's second AGM, ordinary resolution 5 stated that "the directors of the company, in their absolute discretion, are empowered to issue shares in AirAsia from time to time, for purposes and persons that are deemed fit.

"This is provided that the aggregate number of shares issued pursuant to the resolution in the preceding 12 months (from the AGM) does not exceed 10 per cent of the total number of issued AirAsia shares, excluding treasury shares."

SK Corp, with primary core businesses in the energy and telecommunications industries, registered a revenue of US$213.6 billion and total assets of US$257.9 billion in 2018.

The government is looking to arrange a RM1.5 billion cash injection into three local airlines, including AirAsia. 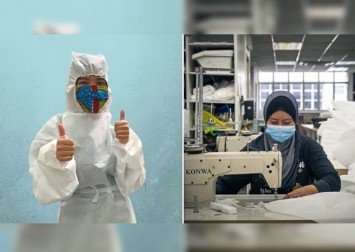 The financial aid will help support the local airline industry to prepare for operations post Covid-19.

Airlines have been cash-strapped following the grounding of most of their fleet during the Covid-19 outbreak.

The Malaysian Association of Tour and Travel Agents (Matta) previously reported that aircraft movements at Malaysian airports had declined by 11.9 per cent in the first quarter of 2020 compared to the same quarter last year.

"Some 80 per cent of the RM1.5 billion will be guaranteed by Danajamin, while the remaining 20 per cent will be corporate guaranteed, " the source said. Danajamin is a government guarantee.

As such, the potential private placement and the government's financial support will solve AirAsia's immediate cash flow needs.

AirAsia has cash and cash equivalents amounting to RM2.59 billion as at Dec 31,2019, of which a substantial portion is possibly from forward sales.

Going forward, the local airline industry is progressively restarting operations as local Covid-19 cases are on a downtrend. 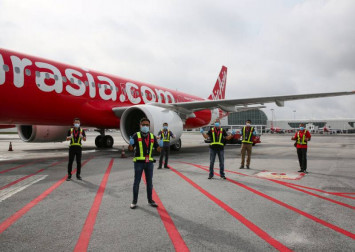 There are talks in progress to consider commencing flights to and from Sabah soon. Sources reveal that the Sarawak state government is also considering to commence flight operations soon.

Sabah and Sarawak are significant destinations for AirAsia within Malaysia.

"Expectations are that AirAsia will be looking to tap into the bubble of travel within Malaysia, Singapore and Thailand by end-June or early-July.

"This is considering the fact that local Covid-19 infection rates have been low or zero in these three countries.

"Further down the road, this will be extended to Vietnam, China and South Korea, which are all experiencing low infection rates, " the source said.