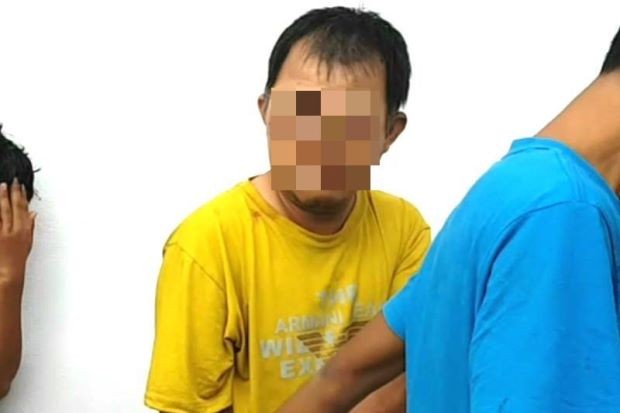 SUNGAI PETANI - The man caught on video molesting a young girl at a funfair here has been remanded for seven days.

He is being investigated under Section 14(a) of Sexual Offences Against Children Act 2017 in connection with a video, which has since gone viral, that shows him molesting the child.

In the video, uploaded on the Durian Media Facebook page, the child is seen seated on the lap of the man, while he repeatedly kisses her on her cheeks.

The man is also seen fondling the chest of the child beneath her red dress as loud music plays in the background.

The child's face is not censored in the video.

The suspect, who was arrested at 3.10pm on Monday, arrived in court on Tuesday morning with a black, puffy eye.

A spot on the right side of his head was also shaven, with at least six stitches showing.

A policeman who did not want to be named said the man was brought to the Kuala Muda district police station on Monday afternoon and that he looked like he had been badly bashed up. Police have not yet determine who beat him up.