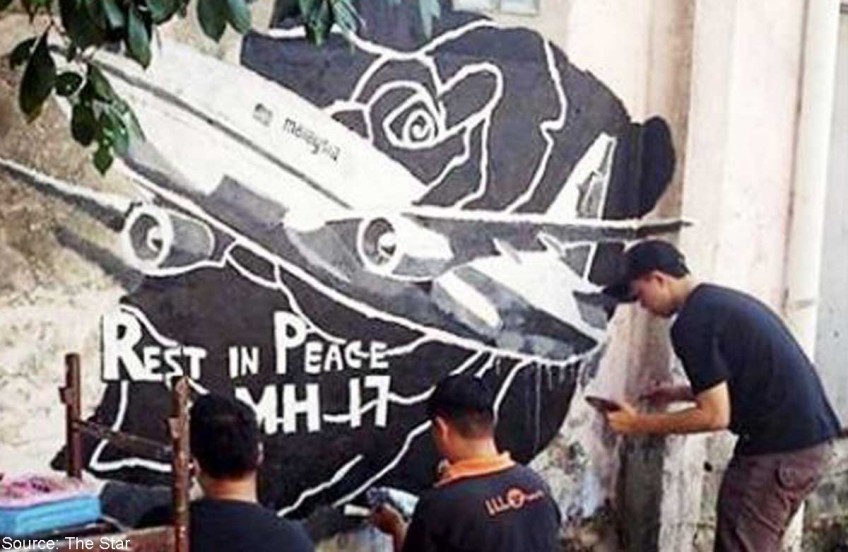 Solemn art: Lai’s students working on the mural at the alley of Jalan Masjid in Ipoh.

IPOH - A black-and-white mural depicting an airplane with a black rose in the background has been painted in memory of the 298 passengers and crew of Malaysian Airlines Flight MH17.

A local artist painted the mural at an alley behind Jalan Masjid and Jalan Sultan Iskandar with the help of students.

"Initially, I wanted to paint something to celebrate Indep­endence Day," said Eric Lai.

"When the tragic news of MH17 came about, I felt saddened," said the 38-year-old.

"So, I decided to paint the mural to pay tribute to those who lost their lives."

He hoped that the families and friends of the victims on board the ill-fated plane would stay strong during these trying times.

"I have also prepared some crayons near the mural so that visitors can pen their messages," said Lai, who runs an art studio in Bercham.