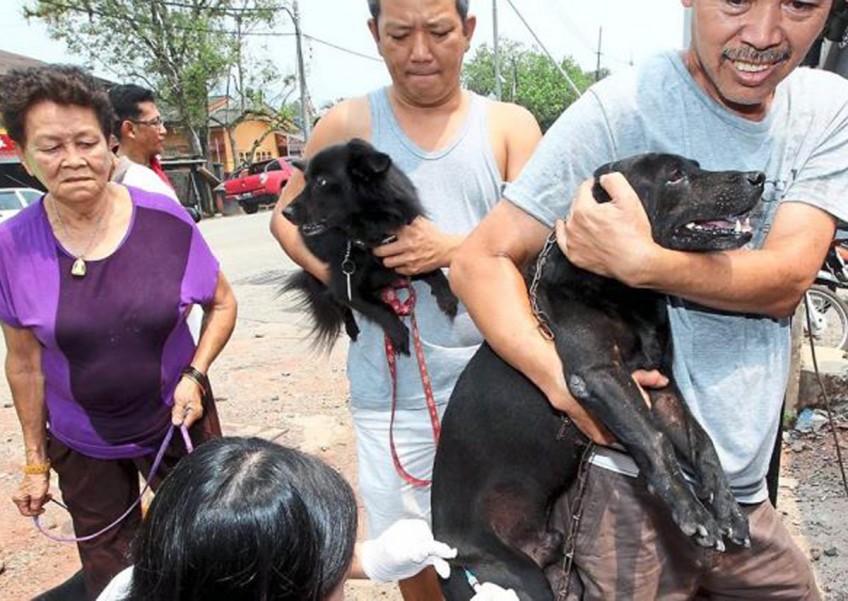 GEORGE TOWN - A forum on rabies vaccination turned emotional when an animal activist knelt and begged the state authorities not to carry out the mass culling of stray dogs.

Penang Animal Welfare Society (4Paws) founder Barbara Janssen was in tears as she went down on her knees. She passed out momentarily before she was helped up.

"I love Penang like I love the dogs and this is my home.

"If I have to die for Penang for the betterment of dogs, I will do it.

"I have chosen this life so I have to end it like that," said Janssen during the "Stop Killing Start Vaccinating" forum here yesterday.

She also claimed that there were Penang Island City Council (MBPP) workers outside her shelter in Teluk Bahang, which has some 600 rescued dogs, at midnight.

"I was sleeping outside with the dogs as there were two sick animals that needed my attention.

"I saw the council men stopping by the road and when I got up to look, they went off.

"I have spent more than RM2mil to rescue and provide shelter for stray dogs in Penang over the years," said Janssen.

Save Our Strays (SOS) spokesman April Sham urged the state government to reconsider its decision on the mass culling.

The forum, attended by some 50 people, was organised by SOS, Penang Hope Of Strays (PHOS), 4Paws and SPCA Kulim.

In Balik Pulau, a third case of rabies was reported, where a 65-year-old man was bitten by a stray dog on Friday. The animal tested positive for the disease.

"However, the man is fine. He was admitted and released after a check-up," said state Veterinary Services Department director Dr Siti Salmiyah Tahir.

This, she added, was the second case in Penang after the first in Seberang Prai.

She said that as of Sunday, 283 dogs had been culled since the operation began on Sept 16.

Chief Minister Lim Guan Eng said he was only doing his job as a state leader by not putting people at risk, adding that he was willing to lose public support over his decision.

"I respect the opinions of animal activists and non-governmental organisations and I hope they will respect mine.

"I only made this decision after getting advice from experts in the state veterinary and health departments.

"I don't want to put the lives of 1.6 million Penangites at risk."