Another stripping incident reported in Sabah 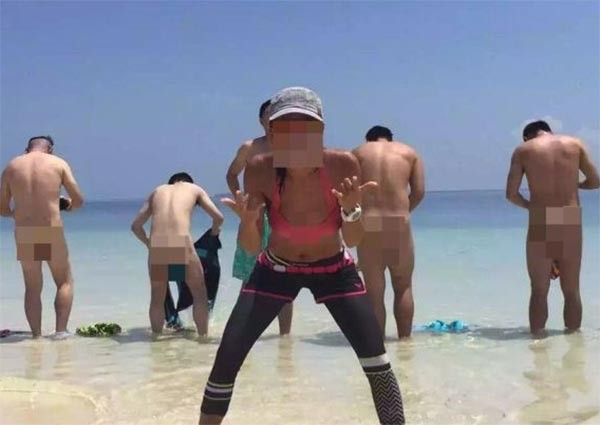 KOTA KINABALU - An alleged act of stripping by tourists has taken place in one of the islands off Sabah's diving haven of Semporna.

Semporna district officer Dr. Chacho Bulah has asked Sabah Parks and the police to investigate claims that pictures of at least seven or eight far eastern tourists posing nude on the beach have gone viral.

"I was informed of this matter by one of the tourism association members, who said that he saw the pictures in Facebook," he said when contacted Thursday.

"It's just a claim for now so we don't know if it really happened in one of our islands here though the background of the photographs circulated looks like Semporna," added Dr Chacho.

He said he immediately wrote a letter to the relevant authorities after he was informed about it on Oct 19, urging them to investigate the matter.

"We do not take such matters lightly and do not want to see such things occurring in Sabah," he added.

It is understood that police have started their investigations into the claims and were verifying the authenticity of the latest photographs.

On May 31, photographs of European tourists stripping naked on top of Mount Kinabalu went viral and caused an uproar among locals especially the natives in Sabah, saying that the acts were disrespectful.

Four of the identified nudists - including a British, two Canadians and a Dutchman - were subsequently charged in court and sentenced to a three-day imprisonment for committing obscene acts in a public place, and ordered to leave Sabah immediately.