PETALING JAYA - Senior politician Anwar Ibrahim on Tuesday (Sept 4) criticised the caning of the two women convicted of lesbian sex in the opposition-led state of Terengganu, saying that it lacked due process and understanding.

The punishment was carried out in court on Monday (Sept 3), witnessed by some 100 people including journalists.

"I'm a practising Muslim, but I don't share that interpretation and certainly that sort of action to publicly cane without proper due process and understanding," Datuk Seri Anwar, who is president-elect of Parti Keadilan Rakyat, one of the ruling coalition partners, said at a press conference in Makati City.

The women, aged 22 and 32, were found guilty of committing musahaqah (sexual relations between women) on Aug 12 by the Terengganu Syariah High Court and ordered to be fined RM3,300 and caned six times each.

Rights campaigners said it was the first time women in Malaysia have been caned for violating a syariah regulation which forbids same-sex relations. 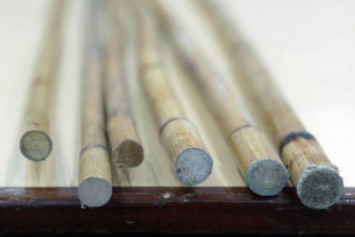 The country operates a dual-track legal system. Islamic courts can handle religious and family matters for Muslim citizens, as well as cases such as adultery.

Mr Anwar insisted that he is not against Syariah Law, but maintained that it was important to put focus on the "high objectives of the syariah".

"What are the higher objectives of the syariah? To ensure peace and security, justice, tolerance, education and understanding. That is not being done," he said.

He added that one has to be careful when commenting on such issues, for fear of being labelled as "anti-Islam".

"Let us debate, and not insist that your interpretation is correct ... even if it is, is that the priority? These are questions that must be the dynamics within the Muslim communities before you embark upon the application of the Syariah," said Mr Anwar.

Justice for Sisters and Sisters in Islam on Monday (Sept 3) said that Malaysia's laws are inconsistent in relation to the caning of women.

"Section 289 of the Criminal Procedure Code prohibits corporal punishment against female prisoners of any age. However, provisions under the Syariah Law allow women to be caned.

"These inconsistencies create confusion in the jurisdiction of the Prison Department thus directly affecting the rights of women in Malaysia protected by Article 8(2) of the Federal Constitution against gender discrimination," the NGOs said.

The Human Right Commission of Malaysia (Suhakam) also strongly condemned the caning and called for all corporal punishment to end.