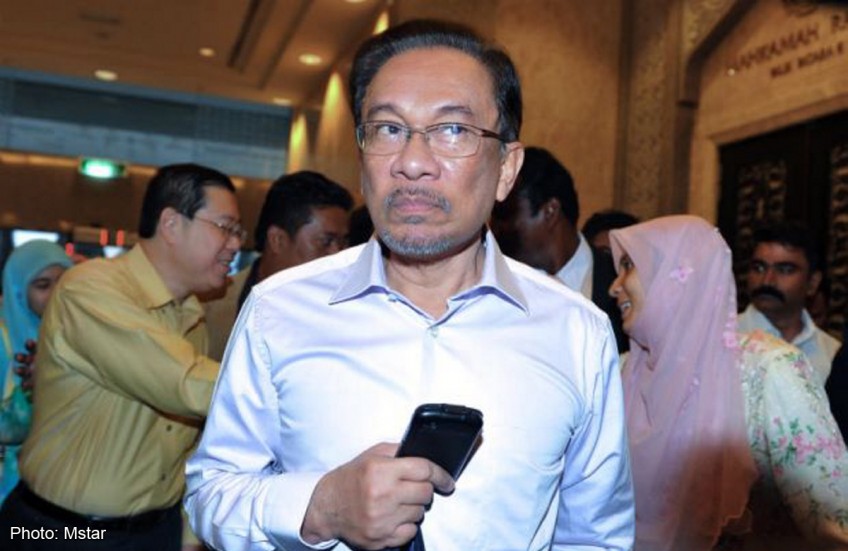 Malaysia's opposition has lost its iconic and unifying leader after Anwar Ibrahim's appeal against a controversial sodomy conviction was dismissed by the Federal Court.The ruling threatens to end the 68-year-old's political career as he must serve a five-year ban from elections following the five-year jail term.

Former Opposition leader Datuk Seri Anwar Ibrahim has filed a defamation suit against four parties, seeking RM70mil (S$22.8 million) in damages for the publication of an article in an English daily.

He claimed that the first defendant had uttered malicious and defamatory statements in a press statement on Aug 6, 2013 to ruin his good name and reputation following an article "Prove you have nothing to hide" published on the same day.

Anwar alleged that in the article, he was accused of paying Karpal Singh RM50mil by cheque as a legal fee to bribe judges and prosecuting officers.

He said the second and third defendants had reported the matter while the fourth defendant had published the article.

The statements, Anwar claimed, inferred that he was an unprofessional and dishonest person who had hidden his assets and was allegedly involved in a money laundering.

The first mention of the suit Monday was held before a senior Registrar in chambers.

When met outside court, Baljit Singh, who is Ranjit's counsel, said the statement of defence had yet to be filed as the parties were applying to strike out the lawsuit.

He said the case has been fixed for case management on Oct 23.

[[nid:179046]]
SUBSCRIBE TO OUR NEWSLETTER
Your daily good stuff - AsiaOne stories delivered straight to your inbox