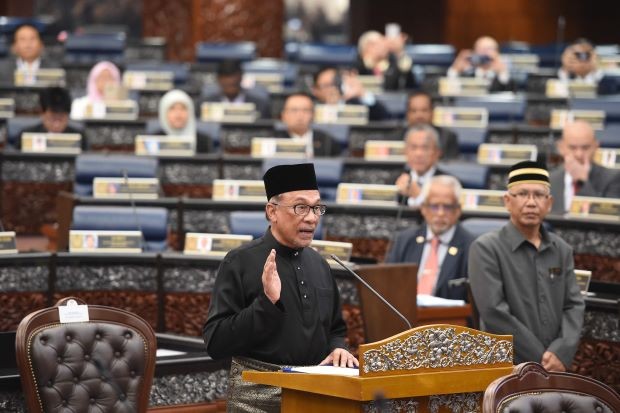 After taking his oath and signing a declaration, the PKR president-elect received another round of applause.

Mohd Ariff in a brief message told the Port Dickson lawmaker to uphold the dignity of the Parliamentary institution as it is the highest legislative body in the nation.

"I also trust you will contribute to the Dewan and serve the nation and the people. Congratulations once again," said Mohd Ariff.

Anwar arrived at around 9.40am, wearing a set of black baju melayu and songkok accompanied by his daughter Nurul Nuha Anwar.

The PKR president-elect secured 31,016 votes against his other contenders.

The Port Dickson by-election was triggered by the exit of its incumbent MP Datuk Danyal Balagopal Abdullah to make way for Anwar's return into Parliament, as part of a power transition arrangement from Prime Minister Tun Dr Mahathir Mohamad to Anwar as agreed by Pakatan in January this year.

Danyal, in the 14th General Election, won the seat in a three-cornered fight with a whopping 17,710 vote majority. However, the voter turnout then was 82.8 per cent.