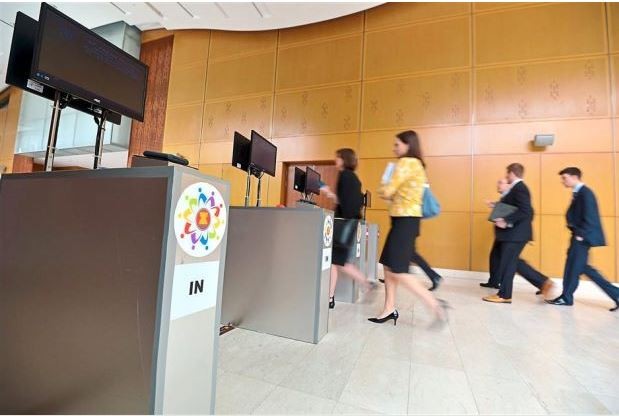 ID scanners being used at the entrance of the Kuala Lumpur Convention Centre, which is the venue for the 27th Asean Summit.
The Star/ANN

KUALA LUMPUR - While police presence at the KL International Airport and other locations has visibly increased, they are also monitoring other places in civilian clothes.

Police are on high alert since the Paris attacks to protect various leaders who will be flying into Malaysia in the next few days for the 27th Asean Summit this weekend.

Checks by The Star around the city also saw uniformed men bearing arms stationed at critical areas, including Dataran Merdeka and Petaling Street.

Ayu said these included tighter controls over the issuance of airport security passes, an increase in patrol frequency by their aviation security personnel, increased inspection on all access doors as well as heightening the overall security checks at all security checkpoints involving passengers, goods, and airport personnel.

"We are also enhancing collaboration with all relevant agencies and authorities," she said.

There was heightened security at Parliament House as well that created much longer queues than usual with vehicle checks and more questions before the entry pass was issued.