With Covid-19 throwing a spotlight on the deep flaws in global governance in areas from trade to public health and patent protection, Asian countries should take the lead in rebuilding new mechanisms for the post-pandemic era, regional leaders told an annual conference on Thursday (May 20).

Malaysia's Prime Minister Muhyiddin Yassin was among the speakers at the Nikkei Future of Asia conference who urged regional counterparts to reimagine and then take action to build a new global order that would cast aside increasingly pervasive nationalism and isolationism.

The Malaysian leader said the vacuum in global leadership offered an opportunity for Asian nations given that "there can be no recovery without an Asian recovery".

"If Asia chooses to use our upcoming status and influence to raise our voices on behalf of those countries who have no voice, if we choose to identify not only with the powerful, but with the powerless, this will not be a mere restart of the Asian economic century, but an enlightened Asian millennium," Muhyiddin said.

Most of the leaders outlined their own government's efforts to deal with the pandemic, and while they sought to strike an optimistic note about the post-crisis future, concerns about global governance - and the US-China rivalry - were also key themes in their remarks.

Asked during a question and answer segment on the perception that Cambodia was too reliant on China, Hun Sen responded: "If I don't rely on China, who will I rely on? If I don't ask China, who am I to ask?"

Sri Lanka's Rajapaksa, responding to a similar question, said his country's ties with Beijing were "on par with our overall economic and commercial trajectories".

Amid growing fears in neighbour India about the balmy ties between his government and Beijing, the president said his government would "never allow anyone to use Sri Lanka to jeopardise India's security". 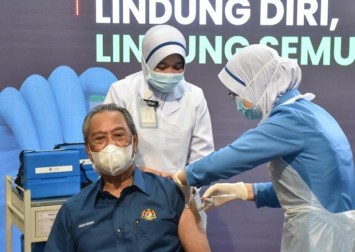 Singapore's Heng, meanwhile, said he spoke "on behalf of many, if not most countries in the region that we welcome and want to strengthen relations with both the US and China".

Heng, who is Singapore's coordinating minister for economic policies, said he was hopeful that the two superpowers would be able to find a "new mode of constructive competition" that could spur global innovation.

The state of affairs at the United Nations during the Covid-19 pandemic was a recurrent theme at the forum.

Muhyiddin said the world body, "not for a lack of effort", had failed to convene a common platform for fighting the pandemic and calling a truce on conflicts during the crisis.

He added: "We have yet to see the kind of urgency of meetings at the UN Security Council nor the global heads of state coming together to organise, for example, global supply chains in managing the pandemic." 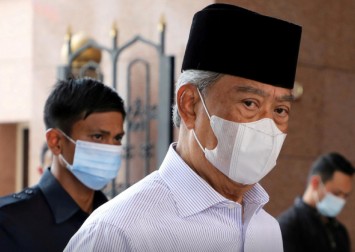 A final accord on the matter may take months, experts have said.

Muhyiddin said the "temporary [intellectual property] suspension must give way to a total transformation of the pharmaceutical patent system" because "pausing the gears is not enough".

On this too, Asia "must lead the way" in opening up patent protections to produce cheaper generic versions of life-saving medicines, he said.

India's Foreign Minister S. Jaishankar said he anticipated that the international community would have to contemplate such an reimagination of globalisation on a broader level, given the lessons of the pandemic.

Redundancies - through the creation of multiple supply chains and more regions of growth - would prove vital in allowing the world to better handle future pandemics, he said.

"Our globalisation is deep and pervasive, and will continue to shape activities and strategies," Jaishankar said. "What Covid-19 has brought out are some of the particular risks of its current incarnation. The task before us is therefore to de-risk that, even while pursuing other objectives including rapid economic growth."