Baby in Melaka died from lung infection, not choking on milk: Police

Baby Yusof and his father.

PETALING JAYA - The four-month-old baby who died on Monday (July 23) succumbed to a lung infection and not from choking on milk.

Central Melaka district police chief ACP Afzanizar Ahmad told Bernama that the cause of the baby's death was determined during a post-mortem conducted by Hospital Melaka.

"Police investigations have so far found that no criminal elements involved and the case will be classified under sudden death," he told Bernama on Tuesday.

The deceased baby, Yusof Al-Baihakki Zainal Abidin, was unconscious when he arrived at Hospital Melaka at 12.05pm Monday (July 23) and was pronounced dead 30 minutes later. 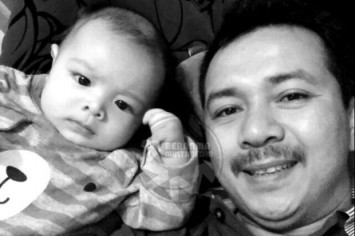 Early police investigations indicated that the babysitter had fed the baby milk at 8.30am and the child later fell asleep.

However, the baby was found unconscious when the babysitter tried to wake him up at 11.45am.

The babysitter then took the baby to the hospital and contacted the child's mother.

ACP Afzanizar said his officers have not been able to record a statement from the baby's parents.

"The post-mortem on the baby was completed at 1.05am and his remains were buried in Kelantan before Zuhur prayers," he said.